Welcome to Anne Bradstreet College, an all-girls prep school in Boston, where a high SAT score is the ultimate status symbol, followed closely by a string of Tiffany pearls. At ABC, as the school is affectionately known, high school isn't just about shoes, boys and weekend getaways; ... Read more

Welcome to Anne Bradstreet College, an all-girls prep school in Boston, where a high SAT score is the ultimate status symbol, followed closely by a string of Tiffany pearls. At ABC, as the school is affectionately known, high school isn't just about shoes, boys and weekend getaways; it's about becoming more accomplished than Joan of Arc. Good Girls follows the various personalities of the ABC Debate Team, a collection of high-achieving young women who never break curfew, always do their homework, and all have plans of attending Ivy League colleges. Perhaps the most over-achieving of all her friends is Allie Denning, a tenth grader who is the youngest captain of the ABC Debate Team in the school's long history. Little does Allie know, her tidy life is about to change. Enter the 15 year-old Octavia Irving, a wild party girl from Montreal, and daughter to now-estranged trust fund-baby parents, Sophie and Mordecai. Allie is a consummate rule-follower, while Octavia loves to break any rule she can for the sake of it. By getting to know each other, both girls influence and change one another. Ultimately, Good Girls is a feminist coming-of-age story about two very different young women. Each girl must decide whether to embrace the life she's been living, or rebel against her current reality.

Good Girls is the first book in a planned series of witty, daring and feminist-first YA novels that will follow Allie and Octavia throughout their time as students at ABC.

Shalta Dicaire Fardin is a Gender Studies graduate, who works in advertising. She lives in Toronto, Ontario, and for her four-legged child Jasper.

Sarah Sahagian is a PhD Candidate in Gender Studies and also writes about pop culture on the internet. She wants nothing more than to tell stories that show teenage girls how strong they really are. In high school, Sarah was an internationally ranked public speaker and debater, representing Canada multiple times at the World Individual Debating and Public Speaking Championship. She lives in Toronto.

Sarah Sahagian is a PhD Candidate in Gender Studies and also writes about pop culture on the Internet. She wants nothing more than to tell stories that show teenage girls how strong they really are. In high school, Sarah was an internationally ranked public speaker and debater, representing Canada multiple times at the World Individual Debating and Public Speaking Championship. She lives in Toronto.

"Good Girls is as refreshing as it is original, and it's definitely one of a kind. Every teenage conversation and snarky aside in the book is completely genuine, and makes the reader feel like they are right back in high school, even if they did not experience the trappings and social hierarchy of an all-girls private school or academic competition. Good Girls not only captures the thrill of a first kiss, but also the thrill of finally finding your way at school. It's Mean Girls and Never Been Kissed except the nerds are not mathletes or social exiles, they're the coolest kids in the room. While the book is perfect for its audience, it also transcends beyond the demographic as a piece of contemporary nostalgia. Lines like "trust fund loser," "gateway academic drug," and most importantly, "girls can be ambitious without being freaks" feel like instant classics. It's Type-A Gossip Girl-esque gold, and will hopefully serve as the first in a series of books chronicling what life can be like at or outside of ABC."
--Joanna Adams, TV producer, The Huffington Post Canada assc. news editor, online columnist

"This story adds complexity to the good girl/cool girl tropes with a swagger that will have you cheering by the end. Octavia and Allie are a force to be reckoned with as they break down the social rules that are holding them back."
--Rebecca Diem, author of the Tales of the Captain Duke

"Good Girls is an exciting and heartfelt introduction to the world of the prestigious Anne Bradstreet College, where two very different girls are pushed together as teammates, then friends. Reading about Octavia and Allie - and the many other quirky and endearing ABC denizens - is not just entertaining, but also gives us an opportunity to think about our own relationships with others, and celebrate our unique strengths."
--Jarrah Hodge, founder of gender-focus.com 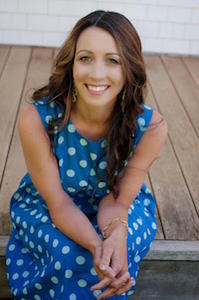 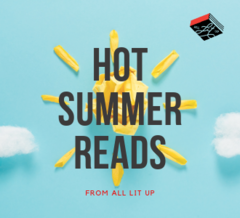 Our final #aluhotsummer picks are for the young at heart: check out our roundup of five books that will make your inner teen yeet. 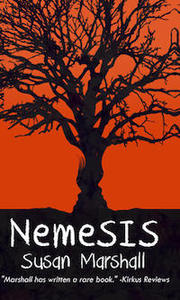 NemeSIS, an interview with Susan Marshall

We're celebrating International Women's Day (March 8) early with special content throughout the week! To kick things off, we sat down with author Susan Marshall to talk about the inspiration behind her book NemeSIS (Blue Moon Publishers), her process for crafting strong female ... Read more 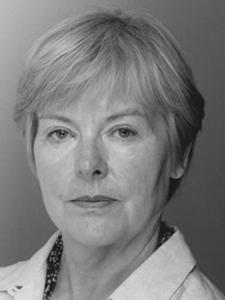 2018 marks the 100th anniversary since the end of the First World War: a devastating conflict whose end was supposed to bring everlasting peace. With another global war to follow, and times today looking no less certain, we interview author Elizabeth Langridge, a survivor of ... Read more 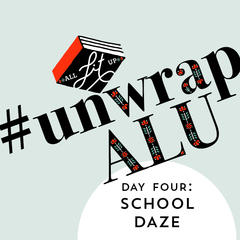 Day four of #unwrapALU is all about the lazy, hazy drama-filled school dayz. The days of self-discovery, coming of age, and new friendships. Today's picks bring together the unexpected friendships of our youth with Shalta Dicaire Fardin and Sarah Sahagian's witty and spirited ... Read more 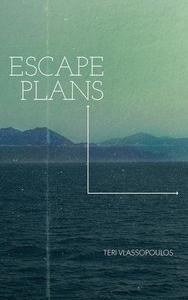 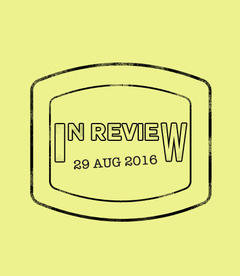 In Review: The Week of August 29th

Over the last week and as we head into the last holiday weekend of the summer, our thoughts have been turning towards the upcoming school year. This week's blog content definitely had a theme plus a couple of JK Rowling mentions too. Have a great long weekend!

In a current climate where girls, cis and otherwise, are told, sometimes viciously, that their concerns are invalid and that their personhood is "less than", we're excited to see that feminist presses publishing positive books that challenge patriarchial norms. Today, on the ... Read more 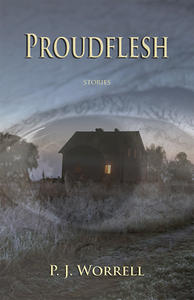 Get to Know Them First: P.J. Worrell and Proudflesh

Today we feature Proudflesh, a collection of short stories by P.J. Worrell. Her work has been called “feisty, gritty, funny, harrowing," and "a debut to celebrate."

Read on to get to know P.J. Worrell and her debut work.

Other titles by Sarah Sahagian