A poignant YA story collection that celebrates racial, sexual, and religious diversity.

A poignant YA story collection that celebrates racial, sexual, and religious diversity.

Vivek Shraya's first book is a collection of twenty-one short stories following a tender, intellectual, and curious child as he navigates the complex realms of sexuality, gender, racial politics, religion, and belonging. Told with the poignant insight and honesty that only the voice of a young mind can convey, God Loves Hair is a moving and ultimately joyous portrait of the resiliency of youth.

The stories are accompanied by the award-winning full-colour illustrations of Toronto artist Juliana Neufeld. God Loves Hair was a finalist for a Lambda Literary Award, won the Applied Arts Award for Illustration, and is currently being used as a textbook at several post-secondary institutions.

I am often mistaken for a girl. Not just because I like to wear dresses or makeup. I don't mind. My parents are from India and Canada isn't quite home. School isn't always safe and neither is my body. But I feel safe in my love for God. And God loves hair.

Juliana Neufeld is an award-winning illustrator and mixed media artist living in Toronto, Canada. Her work has been inspired by the whimsy of children's illustration, journal art, and an obsession with textiles. Her work can be found in books, album covers, and in nooks and crannies throughout the Internet.

With captivating illustrations by Juliana Neufield and twenty-one impeccably-crafted stories by Shraya, God Loves Hair conveys a myriad of ways in which gender and sexual identities are read, misread, discovered, and claimed. Canadian Literature

A poignant YA story collection of 21 short stories following a tender, intellectual and curious Indo-Canadian boy as he navigates the realms of sexuality, gender, racial politics, religion and belonging. Told with the poignant insight and honesty that only a the voice of a young mind can convey, this short story collection is a moving and ultimately joyous portrait of growing up and the resiliency of youth. -Canadian Children's Book Centre ("Best Books for Kids & Teens 2014")

The strength of this collection lies not in asking you to feel pity, sympathy, love, anger, revulsion, sadness, or a familiar nostalgia, but rather it lies in an easy trust that readers will be able to return to a place of childhood learning, a place of disappointment and loss, discovery and revelation-a place filled with the minute details of growing up painfully, little by little, and then suddenly, all at once. -Lemonhound

Shraya's stripped-down prose has documentary force, and Neufeld's illustrations, with their intersecting planes of translucent color and their linoleum block-style images, add humor and bite. It's an important addition to the library of coming-out literature. -Publishers Weekly (STARRED REVIEW)

An important addition to the field of LGBTQ YA books. It's far too infrequently that we see diverse characters in these stories, so Shraya's Indian and Hindu narrator is especially refreshing. Told with raw honesty, these bits and pieces of one boy's life make for an affecting look at sexuality, families, culture, shame, and acceptance. -Cite Something!

Here's a book you just have to hold and feel and breathe in. Although the snapshot of the cover offers a hint of its unique size, not until you're gently flipping through the pages can you appreciate that you're clasping Toronto-based music/performance/literature/film artist Vivek Shraya's precious little gem. Poignantly dedicated to "the boy who was almost lost," the 21 spare, elliptical stories connect seamlessly - splendidly enhanced by mixed media artist Juliana Neufeld's layered, expressive illustrations - to create an indelible portrait of a searching little boy in motion toward adolescence and adulthood. -BookDragon (Smithsonian Asian Pacific American Center)

A book for all ages, God Loves Hair will be especially welcomed by contemporary genderqueer youth and twentysomethings who will see themselves in these vividly realized pages. -Booklist (STARRED REVIEW)

Neufeld's mixed-media illustrations pair well with the scenes they depict, capturing the essence of being young with their multilayered texture and comic book-like immediacy. Running the emotional spectrum from shame to pleasure to acceptance, Shraya offers a refreshing window into the intimate struggles of youth. -Kirkus Reviews

A touching poetic exploration of budding sexuality, the mysticism of religion, and family dynamics. Shraya's text and Neufeld's illustrations capture the confusion, innocence, and delusions of adolescence bang on. -Brian Francis, author of Fruit

An alternately humorous and heart wrenching collection of short stories. -Out

The thread of Hindu spirituality throughout the funny, heart-wrenching and beautiful prose makes it a soulful read without being the least dogmatic. -Xtra

Vivek's book describes growing up queer in a Hindu family in Alberta and his own struggle to reconcile his family's expectations, his own coming-of-queerness, and navigating spaces that don't wholly accept you for yourself-or your tween unibrow. -Toronto Public Library

Shraya's book is a welcome peek into the complexities, richness, hardship, and even 'juicy' moments that make up a life lived not part of the majority. In our supposed melting pot but definitely heterosexist culture, growing up brown, soft and sissy isn't easy. In clear form and simple language, Shraya doesn't shy away from telling us how hard it was, but he doesn't keep the good stuff from us either. God loves a good storyteller, God must love Vivek.
-Ted Kerr (Xtra and Vue Weekly columnist)

This impressive collection of stories made me think about the senseless shearing of my own lovely locks when I was four years old. Of course, in my case, it was not to please God, just an expression of gender confusion. Shraya's endearing descriptions of childhood and adolescence are both humorous and heartbreaking. I wish we had know one another during those unforgiving and difficult times, I think we could have taken comfort in growing our hair and ourselves out together. -Sara Quin (of Tegan and Sara)

A rich and powerful exploration of gender, sexuality, religion, race, and the desire to fit in . .. Teens will relate to this honest and creative chronicle of one young man's journey toward self-acceptance, and the book will undoubtedly help those struggling with similar issues. Readers will come back to it again and again, finding new meaning and drawing new connections each time. -Quill and Quire (STARRED REVIEW)

God Loves Hair will resonate with any reader who has felt that they don't quite fit in to the world in a way that is expected. Painful, tender and visually arresting, this is a book that like its hero defies easy categorization. -About. com 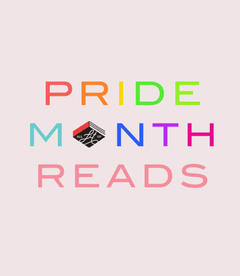 For Pride Month we asked journalist, author, and LGBTQ refugee activist Ahmad Danny Ramadan for some of his top book picks for Pride reading. 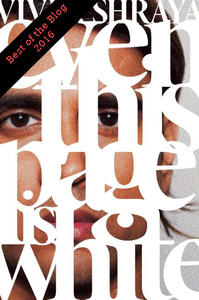 Other titles by Juliana Neufeld