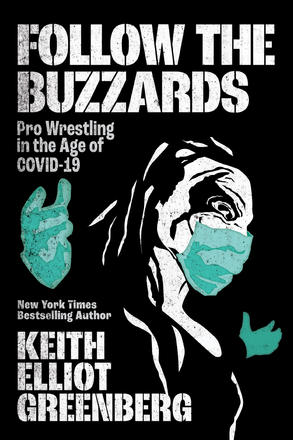 As a new decade dawned, 2020 was supposed to be the best year to be a wrestling fan. Finally, WWE had serious competition ... Read more

As a new decade dawned, 2020 was supposed to be the best year to be a wrestling fan. Finally, WWE had serious competition in All Elite Wrestling (AEW), and there were viable secondary promotions and a thriving international indie scene. Few in the industry realized that in China, a mysterious virus had begun to spread. By the time a pandemic was declared in March, the business — and the world — was in disarray. For the first time, pro wrestling was no longer seen as escapism, as real-world events intruded on the fantasy. Still, when everything else shut down, wrestling never went away. Despite cancellations and empty arena shows, there were great innovations, like the cinematic match — battles shot to look like movies — and the “ThunderDome,” which replicated the live experience with fan faces surrounding the ring on LED screens. On the indie circuit, matches were held outdoors with spectators separated into socially distanced pods. The entire time, New York Times bestselling author and historian Keith Elliot Greenberg was chronicling the scene, juxtaposing pro wrestling developments with actual news events like the U. S. presidential election and Brexit. The result, Follow the Buzzards: Pro Wrestling in the Age of COVID-19, captures the dread, confusion, and spontaneous creativity of this uncertain era while exploring the long-term consequences.

Keith Elliot Greenberg is a New York Times bestselling author and television producer who wrote for WWE’s publications for decades and co-authored the autobiographies of WWE Hall of Famers Ric Flair, Freddie Blassie, and Superstar Billy Graham, as well as the third edition of the WWE Encyclopedia of Sports Entertainment. He lives in Brooklyn, New York.

The cars pulled into the parking lot of the Chase Center on the Riverfront in Wilmington, Delaware. Drivers exuberantly honked horns and passengers rolled down windows to wave flags, signs and mylar balloons festooned with the images of Joe Biden and California Senator Kamala Harris.

Earlier in the day, following a long, bitter campaign, conducted in the midst of an international pandemic, the final projections came in, verifying that Biden would become the next president of the United States. To the television networks, Biden’s triumph was a shoot — pro wrestling parlance for something authentic. But as the victor’s supporters jubilantly surged into the streets, the sitting president — real estate developer and World Wrestling Entertainment Hall of Famer Donald J. Trump — holed up in the White House, brooding, refusing to concede. For the next two months — until his account was permanently suspended by the social media giant — Trump would take to Twitter, weaving voter fraud conspiracies.

There were tales about dead people casting ballots, Republican poll watchers being banned from monitoring the count and voting machines somehow reprogrammed to log Trump votes for Biden.

To hear Trump tell it, the election was a work — the wrestling term for a con — the biggest double cross since Stanislaus Zbyszko went against the script and pinned champion Wayne Munn in 1925, allowing the referee no option but to award the title to the Polish strongman.

As I watched the broadcast of the president-elect’s motorcade rolling down I-95 to the celebration, I was monitoring another auspicious event on my laptop. This one emanated from Jacksonville, Florida, and, like the Biden fete, was a long time in the making.

In the sports world, billionaire Shahid Khan’s assets included England’s Fulham Football Club, the NFL’s Jacksonville Jaguars and All Elite Wrestling— the brainchild of his 38-year-old son, Tony, who grew up loving pro wrestling with the same voraciousness as anyone who’d spot this book in a store and immediately walk it over to the cashier’s counter. The Khans also owned the Jaguars’ home stadium, as well as an adjacent amphitheater, Daily’s Place, named after the local chain of convenience stores. It was there on this night, November 7, 2020, that AEW’s pay-per-view Full Gear was being held.

Just as Biden’s victory had great import, the scene in the ring at Daily’s Place would spin off into an assortment of dramas. Kenny Omega and “Hangman” Adam Page had been partners in the Bullet Club, the faction that developed a cult following in the Ring of Honor and New Japan promotions, then its splinter group, the Elite, whose members formed the backbone of the AEW roster upon the company’s founding in 2019. In New Japan, Omega was called “The Cleaner” and the “Best Bout Machine,” the man considered the industry’s premier night-to-night performer. Eight years younger, Page was being groomed to be a future champion — an achievement he’d realize exactly one year later at the same pay-per-view, when he’d topple “The Cleaner” for the AEW crown…

“A timely, often humorous account, well-written in the jargon of the pro wrestling industry. A must for wrestling fans and historians, and recommended for all libraries that serve either population. ” — Library Journal

“A fantastic account and time capsule that perfectly captures an unprecedented era, when pro wrestling soldiered forward just as the world came screeching to a halt. Follow the Buzzards draws pinpoint parallels between mainstream political news and every corner of the pro wrestling industry from WWE, to AEW, to GCW, and everything in between. The wrestling industry has always been a microcosm of society at large, and I challenge anybody to find a book or publication that does a better job telling the story of pro wrestling in the COVID era than Keith Elliot Greenberg. ” — Alfred Konuwa, Forbes

“Really? Brock Lesnar, Boris Johnson, Kenny Omega, and Donald Trump all in one book? Yes! Yes! Yes! The story of how wrestling was body-slammed by the pandemic — and got up before the 3-count!” — Nils Suling, Bild

“I always hear that pro wrestling imitates life. But during COVID-19, that statement could probably be reversed. Keith has written one of the most important pro wrestling books I’ve ever read. His writing brought back feelings of sitting at a wrestling event before we had to worry about the pandemic, then listening to politicians yell about something they didn’t quite understand after people started to get sick, and finally going back to live wrestling once again. COVID-19 changed all our lives, and it changed the landscape of pro wrestling, and no one describes what we were feeling better than Keith Elliot Greenberg. Whether you are a historian or just a fan, this book is a necessary read. ” — Dave LaGreca, Busted Open radio, SiriusXM

Other titles by Keith Elliot Greenberg