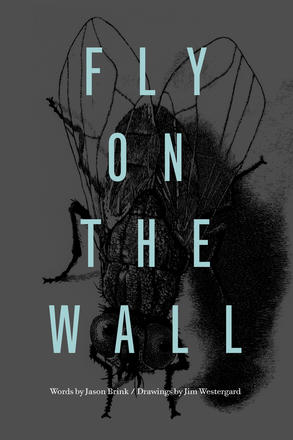 Fly on the Wall

Fly on the Wall

Privy to the details of all your secret moments, all your misdeeds, private conversations and indulgences, the fly on the wall is neutral. It doesn`t care that you cheat on your income tax, it won`t stop you from jumping, and it won`t call the police when you eliminate the neighbor’s ... Read more

Privy to the details of all your secret moments, all your misdeeds, private conversations and indulgences, the fly on the wall is neutral. It doesn`t care that you cheat on your income tax, it won`t stop you from jumping, and it won`t call the police when you eliminate the neighbor’s cat. It sees you spike the punch, touch yourself, curse your spouse, and switch your Scrabble tiles when your opponent leaves to pee.

The Fly on the Wall is a finely illustrated collection of short ?punch fiction” stories intended for adults. Inspired by the age-old expression, ?Wouldn`t you like to be a fly on the wall for that conversation?” the creators have teamed up to explore what some of these private conversations, moments, and encounters might be like.

The short stories and pen-and-ink drawings throughout The Fly on the Wall are dark and subversive by nature, with an inherent wry humor prevalent throughout. Along with the fly, the reader eavesdrops on church confessionals, jail visits, funeral homes, assisted suicide, hitchhiking, cross-dressing, alcoholism, and murder...to name a few.

With arresting visuals and reminiscent of the storytelling in a Robert Altman film, The Fly on the Wall is a collection that is sure to provoke, shock, and inspire.

Jim Westergard was born in Ogden, Utah in 1939. He was educated at a variety of colleges and universities in California, Arizona and Utah where he completed his BFA and MFA at Utah State. Westergard taught at Metropolitan State College and Northern Illinois University before moving to Alberta in 1975, where he taught at Red Deer College until his retirement in 1999. He became a Canadian citizen in 1980.

Jim Westergard has been creating prints from wood engravings since university days in the late 60s, but had never completed a book-length collection until the original limited letterpress edition of Mother Goose Eggs. The first engraving for this project was finished in 1999. Then, after a four-year struggle which included an unexpected hernia operation and reprinting the press-sheets a second time with helpful hints from Crispin Elsted of the Barbarian Press (Mission, BC), Mother Goose Eggs was finally bound and released in a deluxe edition of eighty copies in 2003. 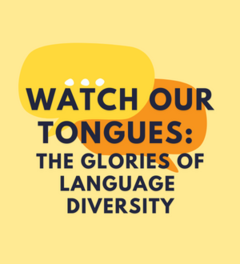 Watch Our Tongues: The Glories of Language Diversity

As the Canadian-born, solitary child of Southern Italian immigrants, I am constantly assimilating contradictory aspects of my childhood; I appreciate the tightrope balancing act speaking two languages requires, navigating context and communication styles in the same headspace ... Read more

Other titles by Jim Westergard