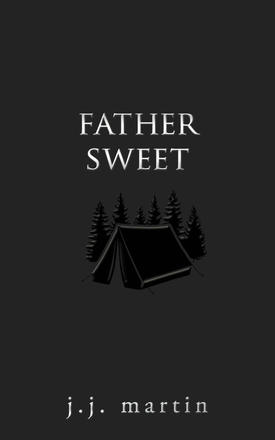 It’s 1978. Blackburn Hamlet is a typical suburban village in eastern Ontario. In this vibrant Catholic community, life revolves around family and church. Then the safe comfort of both is destroyed by the arrival of a predator priest.

When charismatic Father Sweet invites his new favourite altar boy on a camping trip, the boy’s parents insist he go. Trapped in the woods, the boy struggles to evade the priest’s sexual advances. But Father Sweet forces him to make an impossible choice.

Twenty-five years later, he is lost, broken, and angry. His father’s death reveals secrets that spur the man to relive his own past. Desiring justice, in need of healing, he discovers, in a daring rescue mission, a way to achieve both.

J.J. Martin grew up Catholic in Ontario and pursued graduate studies in anthropology of religion at the University of Ottawa. His articles have appeared in multiple news outlets, including the Globe and Mail. He lives in Toronto.

One time, my younger brother Jamie and I found a robin’snest with only one egg in it. It reminded me of our suburbantown. Like an egg in a nest, Blackburn Hamlet was snuggledinto a forest on all three of its sides. If I could have had myway, I would have chosen to live in those woods, where I feltfree, instead of the house I shared with my parents and Jamieon Woodwalk Crescent. Of course, twelve-year-old boys are notgiven such choices.

Although the town was one hundred and fifty years oldwhen we moved there in the early seventies, a big rush of developmenthad refashioned Blackburn, changing it from a dingyold farming village to a suburb of Ottawa with new housesstrung out along roads that echoed with the sounds of roadhockey, bikes, and balls.

You could bicycle every street in an hour, easy. Whenever wedid, we traced all of Jamie’s and my regimented world. School. Home. Scouts. Church.

One bright morning, we passed the rectory where FatherSweet lived. The door opened, and I was startled to see DannyLemieux, another altar boy I knew, emerge with a backpack, asif he had slept over. His eyes met mine as I rode past him as if inslow-mo, and we stared at each other without greeting.

It was so much better spending time outside town. To thesouth was an ancient marsh. To the east, farms and scrub led tothe original wilds. And to the north and west, past a municipalnursery and bound only by rivers, was unspoiled land that wekids turned into a playground, outside the reach or rules of adults. We could be ourselves there.

It was a place of woodland, farms, and muskratty bogs, full offox and beaver, too close to the city for bears, I believed. We didwhatever we pleased on the well-packed mud trails we said weremade by Indians. Often Jamie and I would collide with friends,hiding and then hollering amid the trees and ravines. We builtforts, shot at raccoons with BB guns, caught frogs, and slid nakedin the clay at Green’s Creek, the local trickle.

We knew that Nature held death and danger. Our parentswere always telling us that. But to boys, danger sounds like adventure. Except for bears, of course. I did not like to think of bears. Nature was the first place I discovered beauty and peace. Youjust relaxed and there it was. Truth. As much as you arrived inNature, it entered you. It was obvious how to act and what to do. Everything made great sense. Not like at home.

The 1970s were a time of transformation. Traditions werechanging, confusing the adults. And confusing us. At home, Ikept myself organized at all times and thought of myself as aScout, even when the troop was not in session. It was my defence. Exactly as Baden-Powell advised. I made my bed each day andslept at night with the windows open as late into each season Icould. Each morning, the dawn chorus would wake me, and Icould be the first to rise. My first cool breaths could be the wetair of the forest around Blackburn. If I was careful and didn’tmake any noise, I could enjoy the quiet of the house. I could evenslip outside, and to the garden shed.

There, we protected that lone robin’s egg in the nest wefound, and we kept it warm with a box and a light bulb. I probably gave it a name, the unhatched chick. But I don’ttrust my memory to recall, not entirely.

When you name something, you give it a soul. We can’t givenames to the things we don’t know, and nameless things aren’tfamiliar to most of us.

What I do remember is that the egg never hatched, despitethe waiting and my hopeful midnight visits. Weeks went by. Eventually we cracked it open. And there, inside, we found theshrivelled ball of a dead monster.

This was the summer Jamie and I, both of us devoted BoyScouts, were building a platform tree fort a fifteen-minute jogfrom our home into the bush. Finishing our outpost far fromadults, before school started in September, was the most importantthing in the world to me.

This was the last summer I slept with the window open. Every person has one summer in their life that claims him, and this was mine.

Beautifully writen, filled with vivid characters, descriptions and events, Father Sweet was illuminating, eye-opening and unputdownable … It is clear from the beginning that this was a work of love for the author and I congratulate him.

Martin’s arresting debut [is] a deeply unsettling work that will make a lasting impact on readers. This novel is a reckoning with the horrendous lack of a just response to institutions which failed to protect their most vulnerable citizens.

Father Sweet is a page-turner dripping with dread and torment. J. J. Martin’s debut novel is laced with tendrils of fear, anger, horror, and rage, but it’s also one with threads of hope, redemption, truth, and acceptance. We must all atone for what our people participated in — be it by church or state — and the fact that Martin told a compelling story about it without alienating the reader is a masterful achievement.