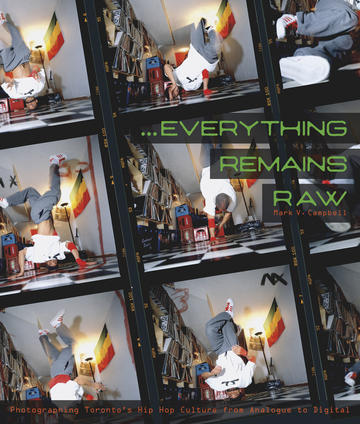 Before there was Drake, there was The 6. The genesis and rise of Toronto's Hip Hop culture.

Amongst the algorithmic pulsations that remap informational networks at the whim of any giant tech company, hip hop culture produces ways of knowing (and being in) the world that continually ... Read more

Before there was Drake, there was The 6. The genesis and rise of Toronto's Hip Hop culture.

Amongst the algorithmic pulsations that remap informational networks at the whim of any giant tech company, hip hop culture produces ways of knowing (and being in) the world that continually disrupt the status quo.

Guided by a sense of rawness — an unsanitized speaking of truth to power — hip hop culture thrives outside of the formal and institutional settings which are often used to confer importance. Hip hop has no use for such pedestals. Its inherent and purposefully self-critical nature ensures that hip hop is both a widely appealing form for youth protest and a self-calibrating system of quality control.

A photographic excavation of Toronto's hip hop archive, . ..Everything Remains Raw draws on photographs of Kardinal Offishall, Michie Mee, Dream Warriors, Maestro, Drake, Director X, and others by Michael Chambers, Sheinina Raj, Demuth Flake, Craig Boyko, Nabil Shash, Patrick Nichols, and Stella Fakiyesi to offer a deep dive in hip hop's visual culture. An intentional intersection of the taste-making skills of the DJ and the nuanced particularism of the curator, the book and the accompanying exhibition juxtapose never-before-seen images with photojournalism, street posters, and zines to reframe and enhance popular understandings of this thing called hip hop.

. ..Everything Remains Raw accompanies an exhibition organized at the McMichael Canadian Art Collection.

Mark V. Campbell is the founding director of Northside Hip Hop Archive and Adjunct Professor in the RTA School of Media at Ryerson University.

". ..Everything Remains Raw endeavours to refresh Canadiana. The spray of a Krylon can, it argues, is every bit as Canadian as the hues of Algonquin granite. "

"Before the 6ix, there was T-dot, a nascent hip-hop scene bubbling up from Toronto’s Caribbean communities in the 1990s that laid the foundation for the Drakes of today, and those yet to be. "

"An in-depth look at Toronto’s burgeoning hip-hop scene from the 1980s until present day. . .. Campbell offers sharp observations about the deep influence that photojournalists and hip-hop artists have made, while also exploring the politics and changing dynamics of the hip-hop experience. The book encourages readers to contemplate the deep connection members of the hip-hop community felt to the music and one another during important moments in the Toronto hip-hop scene. . ..Everything Remains Raw encourages readers to ponder and broaden our vision of what we consider to be Canadian art and culture. "