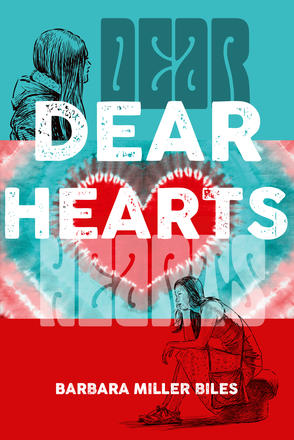 Dear Hearts is a collection of character-driven stories that are whimsical, sometimes magical, unsentimental yet poignant, and focus on the ways in which girls and women who were teenagers in the 1960s experienced the changing cultural values shaped by feminism. Many of them ... Read more

Dear Hearts is a collection of character-driven stories that are whimsical, sometimes magical, unsentimental yet poignant, and focus on the ways in which girls and women who were teenagers in the 1960s experienced the changing cultural values shaped by feminism. Many of them are about the experiences of young women in high school and university, and explore their response to changing sexual mores. The characters are hearts of longing caught in the irony of the times, transitioning from the sixties right up to the present. Stories are presented in five parts: Tender Hearts, Geneva Stories, Surreal Hearts, Janet Stories and Sorry Hearts and reveal characters with a sense of longing and poignancy yet strength and quirkiness, too.

Barbara Miller Biles is a Calgary writer. She attended the University of Alberta and taught primary school until her own daughter and son were born. She explored fiction writing in extension courses and local writing groups. Her short fiction has appeared in Canada, the U.S., the UK, and Sweden, in various literary magazines including, FreeFall, The Nashwaak Review, The Antigonish Review, The Windsor Review,The Broken City, Turk's Head Review, Femmuary and others.

Rockin' Around the Royal Bank of Canada

Four baby robins stretch their bare necks and open their mouths toward heaven. Their nest rests on an upper window ledge of the Royal Bank of Canada, right on the corner of Neville and Main. Below, Geneva Roberts and Darla Collier arrive for Mary Stewart's thirteenth birthday party dressed in matching navy skirts and Banlon sweater sets. Mary's younger sister Janie lets them in the side door, on Neville. Diane Wedder barges right past them, up the stairs to the Stewarts' apartment above the bank. Diane, almost two years older than the others--she failed grade seven--moved to Bradshaw with her mother and younger brother the previous summer. They rented a two-bedroom bungalow on Harley Street opposite a weed-infested vacant lot, an auto body shop, and St. Cecilia's Catholic Church, a street that Geneva Roberts rarely goes down even though she is free to roam like every kid in town.

Something about Diane is different; her mother and brother have matching red hair and freckles and compact skinny frames, while Diane is dark-haired and full-bodied. Darla says that Diane's real last name is Pickle--she overheard her mother talking--and that Mr. Wedder is locked up somewhere. Geneva has the murky feeling that something about Diane is on the shady side, unacceptable, like nail polish. Diane's nails, in fact, are painted cherry red for the party and her eyes are rimmed with black eyeliner.

The Stewarts' dining table is laid out in white linen with Royal Doulton plates, polished silver, and Czechoslovakian glasses filled with lemonade. Mrs. Stewart, the bank manager's wife, is giving a grown-up dinner party to mark her daughter's first day as a teenager. The attempt at sophistication subdues the party until Diane knocks over a glass and they all dash over with linen napkins to soak up the spill. Diane, in her black pedal pushers and blouse with the stand-up collar, stands aside and sings "I'm All Shook Up. " The right corner of her top lip quivers and her hips gyrate. Carol Simmons cracks that Diane must have tripped in her blue suede shoes--Geneva and Darla actually check Diane's feet--then everyone erupts into giggles that resurface for no particular reason for the rest of dinner, until the angel food birthday cake is gone.

"I'm stuffed!" they all say as they drape themselves over the living room sofa and chairs or sprawl on the carpet, waiting for Mary to open her presents. Diane thrusts her gift into Mary's hands and sings, "Let me be your teddy bear. "

"Ooh, I love it," says Mary as she smooshes the pink bear against her cheek.

Darla's day-of-the-week panties are a hit--the new necessity. Geneva's gift is next: a porcelain figurine, an elegant month-of-May girl with a garland of flowers crowning her golden hair. It is not what she intended to give.

Geneva and Mary were at Jamesons Drugstore the previous week where Mary obsessed over a triple pack of nail polish--pastel mauve, pastel pink, and snow-fire red--and reminded Geneva of her upcoming birthday.

When Mrs. Roberts gave Geneva the money to buy a present, Geneva knew very well that nail polish would not be on her mother's list of acceptable gifts, which is why she bought the pack and hid it in her dresser drawer, avoided her mother's eyes when asked if she had bought anything, then returned it to the drugstore, choosing instead Miss May from the china section of her father's store, Roberts Hardware. She planned to tell Mary how sorry she was, that she tried to get the polish, even bought it, but her mother made her return it to the store.

"She'll fit perfectly on your keepsake shelf, dear, to mark your thirteenth birthday," says Mrs. Stewart. The girls, being polite, murmur in agreement. "When you're finished with presents you can all go to the Roxy. The show starts in half an hour. "

"Hurry up, Mary! Open the rest so we can go," says Diane Wedder in her gravelly voice, as though she's in charge.

The girls scuttle down the stairs and out the door. Two robins swoop and natter at them with little effect. Diane takes the lead, keeping Mary in tow, as the others skip and jostle their way up Main. Geneva and Darla purposely bring up the rear, countering Diane's rowdy influence with a studied gait. "She's so pushy," they both agree.

"Pop for everyone, popcorn too," they are told in the Roxy, and they all push forward, dismissing previous complaints about stomachs ready to burst.

Bugs Bunny wisecracks on the screen while the girls whisper and giggle, trade seats, and spill popcorn. Suddenly they are drawn to the main attraction like witnesses to divine light. It isn't the story of a band looking for a big break that pulls them in. Sandra Dee and Troy Donahue aren't there sneaking a lustful kiss that could lead to something more. It's the powerful beat, the electric charge, the crazy jitterbugging that makes them sit up, light up, and jump up. It's Bill Haley & His Comets: "Rock Around The Clock. "

Diane Wedder claps her hands, bounces up and down, and dances in and out of her seat. Carol Simmons on one side of her, and Patty Schultz on the other, bounce and sway along with Diane. The other girls, including Geneva and Darla, tap their heels and rock their shoulders but stay firmly in their seats. Diane sings along as though she already knows the words.

She is still singing and shouting as they leave the Roxy. "Let's par. ..tee. Yeah! Rock, rock, rock, 'til broad daylight. " She jitterbugs down Main Street like a pied piper; even Geneva and Darla join in. She slows to flip Patty over her back as they near the bank. The two robins, Mom and Pop, are also causing a ruckus on Neville and Main, but the party girls barely hear it above their own squealing and shouting. Then Diane suddenly stops and veers away. "I gotta run home. Mary, get your record player. "

The girls threaten to take their rowdiness up to the apartment as they jostle into the entrance off Neville. Mr. Stewart rushes down to meet them with a ring of keys. "Remember Mary, customer side only. " With that he unlocks the double doors to the bank and, before they can say be bop a lula, he leads them past the tellers' cages, with the tall wooden stools and plate glass windows; past his own office with his cushioned chair, oak desk, and Olivetti typewriter; through the counter gate; and onto the polished battleship linoleum where customers usually stand in line. Mary's sister Janie brings the record player and Diane arrives with a handful of forty-fives. Bill Haley blasts out all over again.

Acrobatics rule as the bigger girls swing Geneva and Darla and Patty and Janie, who stand on chairs to get a leg up, flipping over heads and backs. Ordinary jiving takes on new twirls and dives as hands reach for shoulders and feet leap off the floor. Skirts flare up and Saturday panties flash in the overhead lights of the Royal Bank of Canada.

Diane announces, before she puts on "Great Balls of Fire," that Jerry Lee Lewis married his first cousin, who was thirteen, the same age as Mary Stewart. "Eew," the girls reply. Geneva's stomach does a small turn, confirmation of the fact that they are wading into unseemly territory. Little Richard sings "Tutti Frutti" and Elvis sings "All Shook Up" with Diane Wedder as his mimic. When the Platters calm things down with "Only You," Diane takes a turn into melancholy. As quickly as the bank had become a rock 'n' roll palladium, Diane transforms it into a funeral parlour. She turns off the record player and sings "Old Shep. " Tears run down her cheeks and her voice turns nasal as the song progresses, as though someone close to her has died.

Geneva looks sideways at Darla, who, along with the other girls, has cast herself as comforter to the bereaved--to Shep's owner who, with trembling hands, shot Shep in the head, and to Diane, who seems to take it personally. There is genuine sorrow in the air, greedily inhaled (it seems to Geneva) by Diane Wedder. Exuberance around Mary Stewart's thirteenth birthday party is fully depleted; communal piety soars with the promise that Old Shep is now in heaven. Diane cries, "I have to go," as she rattles the main door. "Let me outta here. Someone unlock the door!" Mr. Stewart is called to set them free.

Out on the sidewalk lies a tiny specimen, beak permanently closed, eye staring sideways, veins bulging through translucent skin and partially squished to the cement. The girls draw back. "Eew," is all they can say while two robins harangue from above and three mouths still reach out of their nest toward heaven.

"Barbara Biles' writing is exquisitely rich in detail; it has the complexity of the art she hangs on the walls of her characters' lives, the books on the shelves, and the music that draws them into the dance. These are finely drawn characters living through cautious innocence and naiveté, magic and dreams, hidden secrets, broken families, and loss. There are no answers. Just the questions that are left in the heart and on the lips. Dear Hearts is the debut collection from an author who is gifted in storytelling and has honed the craft. "
--Betty Jane Hegerat, author of The Boy

"In Dear Hearts, Barbara Miller Biles thoughtfully explores of the experiences of women and girls who grapple with love and finding their way in a world which is often confusing and unfair. Her stories contain multitudes of wisdom and whimsy, love and regret, shot through with quiet humour and more than a few touches of magical realism. A delight. "
--Lori Hahnel, author of Vermin: Stories