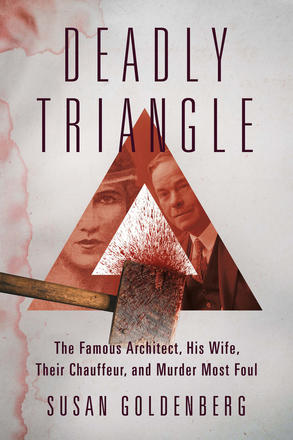 Glamorous young wife Alma Rattenbury takes her chauffeur as a lover and their scandalous relationship leads to a murder most foul.
The 1935 murder of architect Francis Mawson Rattenbury, famous for his design of the iconic Parliament Buildings and Empress Hotel in Victoria, ... Read more

Glamorous young wife Alma Rattenbury takes her chauffeur as a lover and their scandalous relationship leads to a murder most foul.
The 1935 murder of architect Francis Mawson Rattenbury, famous for his design of the iconic Parliament Buildings and Empress Hotel in Victoria, British Columbia, and the arrest and lurid trial of his 30-years-younger second wife, Alma, and the family chauffeur, George Percy Stoner, her lover, riveted people.
Francis and Alma had moved to Bournemouth, England, after the City of Victoria had ostracized them for their scandalous, flagrant affair while Francis was married to his first wife. Their life in Bournemouth was tangled. Francis became an impotent lush. Deprived of sexual gratification, Alma seduced George, previously a virgin who was half her age. They conducted their affair in her upstairs bedroom with her and Francis’s six-year-old son in a nearby bed, “sleeping,” she said, and the near-deaf Francis in his armchair downstairs in a drunken stupor.
The lovers were tried together for Francis’s murder at the Old Bailey Criminal Court in London, resulting in intense public interest and massive, frenzied media coverage. The trial became one of the 20th century’s most sensational cases, sparking widespread debate over sexual mores and social strata distinctions.

Susan Goldenberg is the author of nine books and has won both a Canadian Author’s Award and a Canadian Business Press Editors’ Award. She has written for the Sunday New York Times, the Financial Post, and the Financial Times of Canada, and currently pens articles for Canada’s History magazine. She also writes a heritage column on the district of Toronto where she lives.

Deadly Triangle is an absolutely absorbing tale. Meticulously researched and methodically told, this true story of adultery and murder captivates early on and makes for a fascinating read. The tragic outcome lingers long after the last page is turned.

Deadly Triangle: The Famous Architect, His Wife, Their Chauffeur and Murder Most Foul is a fascinating true crime story that is perfect for anyone who loves history, betrayal, and murder. Written by award-winning author Susan Goldenberg, this gripping story presents the byzantine lives of real people as they make their way towards a fatal finish.

A riveting tale of love, greed, courage, and determination, Deadly Triangle is rich with personal and historical details that take the reader on a ride through time, as it follows the trajectory of its characters towards their own demise.  A fascinating story linked to one of Canada’s best known landmarks.