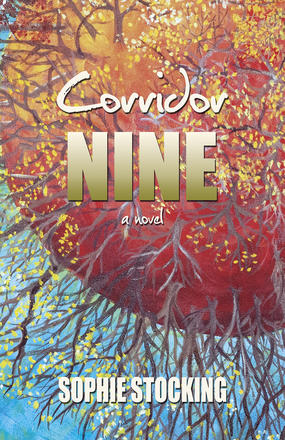 Seven years ago Bernadette Macomber did everything she could to cut her ties to her father Fabian, his opiate addiction, gun collection, and increasingly bizarre behaviour. She moved with her husband and four children, leaving no return address. Now, following his suicide, her ... Read more

Seven years ago Bernadette Macomber did everything she could to cut her ties to her father Fabian, his opiate addiction, gun collection, and increasingly bizarre behaviour. She moved with her husband and four children, leaving no return address. Now, following his suicide, her father paradoxically makes contact again, and Bernadette finds herself not liberated but tethered to him ever more tightly by the bonds of familial guilt. Desperate for absolution, Bernie returns to her father’s home to hunt for evidence of his insanity and to try and understand why suicide became his answer. While she remains driven in her quest to understand the power of the parent/child bond, her father, Fabian, locked into his after-life purgatory, pushes for freedom via any available loophole through the punishing bureaucracy of personal evolution. While exploring his options, he encounters his jailor, the demon/angel Bune in the afterlife space of Corridor Nine.

The colliding events trigger a complicated set of mysteries: there is the planet at the centre of Bune’s "master plan" diagram and the puzzle of its eventual connection to Bernadette’s painting; there is the addiction artifact that Bune pulls out of Fabian’s chest, and a host of other symbols and rites such as a blastoshere and embryo division all revealed while Fabien wanders the constant maze of Corridor Nine. On planet Earth Bernadette continues obsessively in her need to solve the mystery of her father’s death and his continued contact with one question guiding her: how can she achieve a father and daughter reunion that will bring them both peace and liberty?

Burdened by the notion that a career should encompass everything, Sophie Stocking changed her major so often, she narrowly escaped a degree in General Studies. Sophie found the courage to pursue fiction at the Alexandra Writer’s Centre and went on to study under Aritha van Herk at the University of Calgary. Her debut novel Corridor Nine was released by Thistledown Press in 2019.

Strangely, life continues, even after your father gasses himself with a tank of helium rented from Toys R’ Us. Bernadette carries on doing the things she has always done, but while the rest of the world continues to live in the golden sunlight of early fall, she descends into a grey and steely universe. She must swim through this harsh gravity alone. She doesn’t know why she feels so much grief. In the end she decides that their separation in life had been illusory, that the pain she feels resulted from the severing of some invisible cable.

Daytime means moving resolutely forward through the gritty thickness of time, but at night guilt ambushes her without pity, defenseless in her sleep. Bernie dreams of her father glowering at her from behind tree trunks in a park, a rotund and bearded faun, darting from tree to tree as she tries to feed her children a picnic of plastic food. One night he stands in an upstairs window of her house while she looks up at him from the lawn. He scowls at her, shakes his finger and lectures through the glass as he moves to each of the second story windows, always finding her below with his irate eyes. From this one she wakes up with a shriek, clutching and scrabbling at Peter. But the really dangerous dreams are the ones where he is kind.

Bernie makes sandwiches at seven in the morning, but has been awake since three. She needs to buy more mayonnaise and she uses a spatula to scrape out the bottom of the jar. Spreading it on eight pieces of bread, and then layering on mustard and ham and spinach. This level of sleep deprivation would normally render her incoherent, but the dreams fire her with anxiety and adrenalin. If only he had never done anything decent, if the craziness had been constant her entire life, but there was an earlier father who built a toy oven from a wooden cupboard with burners lit by red light bulbs, who munificently and extravagantly tossed art supplies on her work table. Perhaps she will never sleep again? She cuts oranges into boats and fits them into the Tupperware lunch boxes. There is no baking, and after digging through the back of the cupboard finds a fossilized roll of chocolate digestive biscuits. They are running out of groceries. She needs to start functioning again. The kids have been watching hours of movies while she sits on her bed and stares into space, or takes long drives in her car listening to Chris Smither cds.

“How are you enjoying your new body?” he asks conversationally. “You are not very proportionate, a little heavy on the top and the bottom, and very young in the middle. ” He takes a few steps back and squats down on his heels, his wings rustle and twitch behind him, and Fabian notices that the tips crimp out sideways where they meet the turf. He wonders if this is uncomfortable.

“It’s not an issue,” says Bune. “No feeling in the feathers. But they get very twitchy with the lack of exercise in Corridor Nine. ” From his sitting position he stretches them up and out, leaning into their furthest possible extension. “The only way to get a decent stretch in here is when I’m sitting down!”

Shock and awe rubberize Fabian’s jaw muscles so that he can only mumble scraps of words.

“Wh-wh-where?” he finally manages to get out, and Bune responds as though he had spoken a whole paragraph.

“Do you not remember anything from your previous ruptures?” Fabian nods.

“When I came in, I remembered hitting the light wall, and I knew someone was

waiting to catch me. That’s what I remembered. Has it always been you? I mean waiting every time I try to escape the system? You’ve always been the jailor?” he asks with bitterness.

“Well no. They assigned me on your fifth rupture. I’m the last resort for acute truancies. But we will proceed more easily if you think of me as your guide, a teacher perhaps. This opportunity lies before us you see for the next little while, a holding period if you like, to work through various issues that hampered the success of your previous assignment. Your refusal to actually complete assignments is of course central to your lack of progress. ”

“Assignments, lifetimes. You’ve given up so many now. This was your seventh rupture, your seventh suicide. It has become a habit for you, to ‘bail out’. One more truancy and you’ll no longer have access to Corridor Nine, or to me, of course. ”

“Mulch. You’ll be sent down to the mulch pit, where the bonds of self are dissolved and you become just building material, raw ingredients for other beings. Do you understand therefore, the urgency?” Fabian nods dumbly. His selfhood is more precious to him than anything. He does not want to be “mulched,” yet even now so dumb and tongue tied, in the back of his mind he starts to plot a map. “You are here,” it begins, in “Corridor Nine. ”

“So this isn’t all there is,” says Fabian. “If this is the ‘ninth’ corridor, there are others. Why does it look this way, what shape is it, where does it stop?” He gestures towards the dark that recedes off to his right. Where the hell, he wants to ask, are they hiding Valhalla?

“A donut, it is shaped like a donut, and it encircles all the lifetimes of man. The dark extends for a long way radially all around, till you hit the outer wall. I know you are thinking of an exit, but I must guide you there. It would be impossible to find it on your own. Why don’t we walk now? Exercise aids relaxation, and you must become accustomed to me so that we can begin. ” He rises from his squatting position and Fabian follows suit. His head comes to the angel’s hip bone and he remembers walking as a boy, holding his father’s index finger in his chubby child hand. But you can’t hold the hand of a supernatural being, besides he doesn’t want to. Resentment burns quietly in his chest. My jailor he thinks, my “guide. ” Fabian stifles a snort.

Bune looks down at him from under his beetling flame eyebrows. “Ready?” One gnarled foot steps forward, making the cloud gown fold and billow. Fabian extends his own pink paddle shaped foot, his dimpled leg, and they start. The angel tries to walk at a slow and measured pace, and Fabian trots three steps to his one. Every fourth step he must add a quick skip to catch up. Bune walks closest to the receding dark, with Fabian on the inside near the Membrane. He turns his head and studies the shifting opalescence as they pass.

Other titles by Sophie Stocking