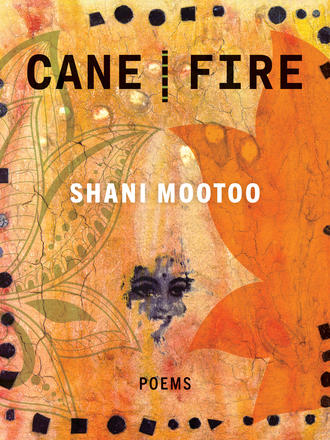 Throughout this evocative, sensual collection, akin to a poetic memoir, past and present are in conversation ... Read more

Throughout this evocative, sensual collection, akin to a poetic memoir, past and present are in conversation with each other as the narrator moves from Ireland to San Fernando, and finally to Canada. The reinterpretations and translation of this journey and its associated family history give meaning to the present. Through these deeply personal poems, and Mootoo's own artwork, we begin to understand how a life can not only be shaped, but even reimagined.

Shani Mootoo was born in Ireland, grew up in Trinidad, and lives in Canada. She holds an MA in English from the University of Guelph, writes fiction and poetry, and is a visual artist whose work has been exhibited locally and internationally. Mootoo's critically acclaimed novels include Polar Vortex, Moving Forward Sideways Like a Crab, Valmiki's Daughter, He Drown She in the Sea, and Cereus Blooms at Night. She is a recipient of the K.M. Hunter Arts Award, a Chalmers Fellowship Award, and the James Duggins Outstanding Midcareer Novelist Award. Her poetry has appeared in numerous journals and anthologies, and includes the collection, The Predicament of Or. In 2021 Mootoo was awarded an honorary Doctorate of Letters from Western University. Her work has been long- and shortlisted for the Scotiabank Giller Prize, the Dublin IMPAC Award, and the Booker Prize. She lives in Prince Edward County, Ontario.

"From the first exquisite poems to the collection's lyrical and vulnerable culmination, Shani Mootoo undertakes a daunting and necessary vision: to extricate personal history and recast it. What emerges is bravely unruly, with viscerally felt lines that merge evocatively with Mootoo's visual art. This work dissolves the stuffy confines of poetry, not needing to be 'anything but [its] majestic self. '" —Doyali Islam, author of heft

"Shani Mootoo’s recursive rhythms entrap us. Here are portraits—ripped, coloured in, mirrored, crossed out, hybridized. Here is anti-history, fractal geography, 'an escarpment of logic / a story told / falling. ' Cane | Fire is a powerful and deeply intelligent confrontation of self and what is sustained in the embers. " —Madhur Anand, Governor General's Literary Award-winning author of This Red Line Goes Straight to Your Heart

Other titles by Shani Mootoo