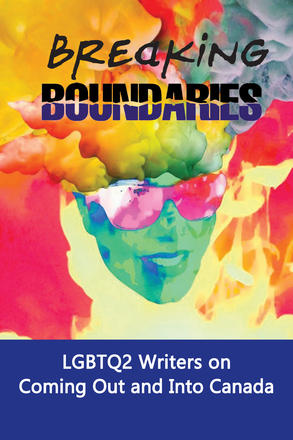 Breaking Boundaries: LGBTQ2 Writers on Coming Out and Into Canada is an anthology of fiction, personal essay, and poetry by LGBTQ2 writers (Canada-born, immigrated, or refugee). The common thread throughout is that for LGBTQ2 people, Canada is the place to be. Nominated for the ... Read more

Lori Shwydky graduated from Vancouver Island University (VIU) in 2016 with a B.A. in Creative Writing. She resides in Nanoose Bay, BC.

Robin Stevenson, award-winning author (including Governor General Award) of more than 20 books for kids and teens, including the Stonewall Honor book, PRIDE: Celebrating Diversity and Community. Her books have been translated into many languages. Robin lives in Victoria, B.C. with her family and has been involved with refugee sponsorship since 2015.

For most, Indonesia is an idyllic tourist destination with tropical rainforests, paradise-like beaches, and exotic species like the Komodo Dragon, Javan rhinoceros, and orangutans. But for LGBTQ Indonesians, like Rainer Oktovianus and his husband, Eka Nasution, Indonesia is a hotbed of hate and oppression.

Indonesia does not have specific laws against homosexuality. However, it is primarily an Islamic country with a population that is 80 percent Muslim. The laws conform to Islamic culture and morals, so local government will often punish individuals that deviate from these morals. Government committee members publicly share their Muslim beliefs, which condemn homosexuality. These discriminatory comments which are featured on the news keep the national hysteria going, like gas on a fire. A strong Islamic group, the Islamic Defender Front (FPI) targets LGBT by destroying nightclubs and bars, attacking transvestites, and assaulting LGBT members with bamboo clubs, stones, and machetes.

It was at the 2010 Q! Film Festival that Rainer, a committee member, met Eka, a festival volunteer, and they soon started dating. Rainer and Eka come from very different backgrounds. Rainer was adopted by a single mom who raised him in a strict Christian household. Eka had two Muslim parents and read the Quran every day.

In 2014, after dating four years, Rainer and Eka went on a two-week vacation to Ontario and decided to get married. They were legally wed in Ottawa. It was easy to get married in Canada; they didn't have to be a resident, but just needed a passport. It would take three months, however, to receive the marriage certificate by mail. It is common for international mail to be opened by government officials in Indonesia, so Rainer and Eka were very nervous about being discovered. The 12-week wait was like a "ticking time bomb," but luckily, they received the certificate unopened.

"What does it mean to be LGBTQ2 in Canada? The only possible answer to that question is one given in many voices. That is exactly what this book offers. There is struggle in these stories and poems, but there is also strength and resilience, compassion and determination. Woven together these voices leave me with a sense of hopefulness: a belief that the creativity and fierce commitment of our community will carry us forward as we work to create a Canada that lives up to the dream of freedom and safety it represents to so many people around the world. "-Robin Stevenson, author of Pride: Celebrating Diversity and Community

"There are mature and rigorously insightful pieces here, like Gail Marlene Schwartz's "Threads," incredible non-linear and poignant vignettes that move back and forth across time and place to painstakingly detail the narrator's anxieties in relation to her sexuality. The result is a stunningly moving coming-of-age piece. Anne Hofland's "Are You a Lesbian?" is yet another reflexive essay showcasing a profound maturity in thinking about the very craft of writing and how it might be honed to writing about oneself. She examines what it means to look back across the decades, and to have witnessed the shifts, the ebbs and flows, that have occurred in the scene of queer history and politics in Canada. "-Malahat Review

"An excellent anthology of LBGTQ2+ content. While I am not part of the community, reading this did give me better insight and I hope I can use that to be a better, more supportive ally to members of the LGBTQ2+ community. I think more people should read this whether they are straight or not. "-Noelle Walsh 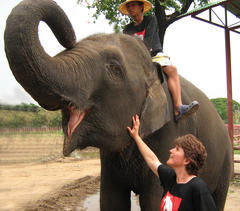 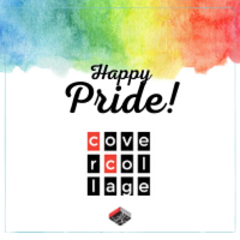 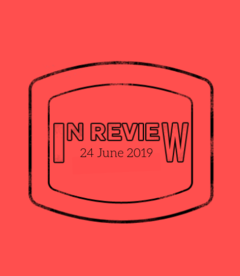 In Review: The Week of June 24

This week: we got a head start on Canada Day with the perfect book and cocktail pairing, played casting director with Playwrights Canada Press, introduced a debut collection from author Philip Huynh and heard from a few of the contributing authors of Breaking Boundaries about ... Read more 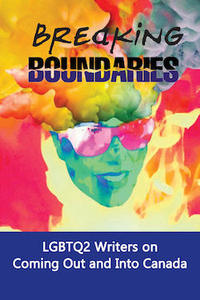 In a world where a majority of countries still criminalize and persecute LGBTQ2s+ people, Canada tops the list as a safe haven for the LGBTQ2s+ community. As we approach the commemoration of Canada along with the annual Pride celebrations, we chat with some of the contributors ... Read more

Other titles by Lori Shwydky

Other titles by Robin Stevenson