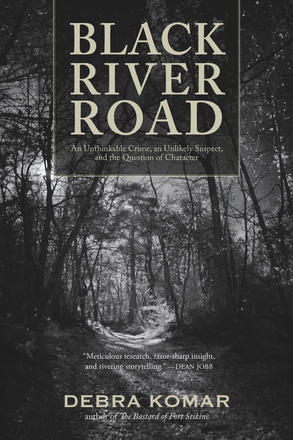 In 1869, in the woods just outside of the bustling port city of Saint John, a group of teenaged berry pickers discovered several badly decomposed bodies. The authorities suspected foul play, but the identities of the ... Read more

In 1869, in the woods just outside of the bustling port city of Saint John, a group of teenaged berry pickers discovered several badly decomposed bodies. The authorities suspected foul play, but the identities of the victims were as mysterious as that of the perpetrator. From the twists and turns of a coroner's inquest, an unlikely suspect emerged to stand trial for murder: John Munroe, a renowned architect, well-heeled family man, and pillar of the community.

Munroe was arguably the first in Canada's fledgling judicial system to actively defend himself. His lawyer's strategy was as simple as it was revolutionary: Munroe's wealth, education, and exemplary character made him incapable of murder. The press and Saint John's elite vocally supported Munroe, sparking a debate about character and murder that continues to this day. In re-examining a precedent-setting historical crime with fresh eyes, Komar addresses questions that still echo through the halls of justice more than a century later: is everyone capable of murder, and should character be treated as evidence in homicide trials?

"An intriguing piece of social history that has a few surprising things to tell us about life, love and crime. "

"Meticulously researched and told with style and authority. A strong sense of place, a tense plot, and plenty of cliff hangers will keep the reader glued to the pages. "

"An engaging and atmospheric account of a crime that shocked a mid-Victorian city. The Maggie Vail case lives on as a tale interwoven by deceit, lust, avarice, class privilege, and the 19th-century media's growing fascination with ‘true crime. ’"

"A careful dissection of the question of character. "

"Fans of Komar's finely detailed forensic re-examinations will find much to enjoy here. No rock is left unturned, no assumption left to fester, in the search for truth. The complex moral ambiguities that arise will haunt your thoughts, but with Komar's calm manner deftly guiding proceedings, the readers are always in good hands. I can't recommend her books highly enough as much for the philosophical issues they raise as for the first-class storytelling. Black River Road serves to remind us, at a time when it is needed more than ever, that there simply is no reliable forensic test of character. "

"An engrossing book that weaves historical records into a fascinating story. "