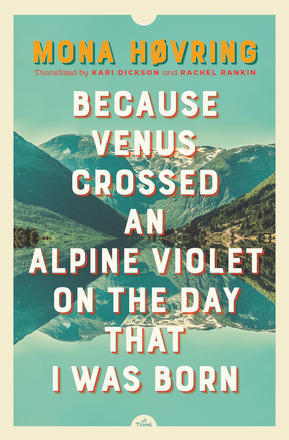 In a hotel, high up in a mountain village, two sisters aim to reconnect after distant years that contrast their close, almost twin-like upbringing. ... Read more

In a hotel, high up in a mountain village, two sisters aim to reconnect after distant years that contrast their close, almost twin-like upbringing. Martha has just been discharged from a sanatorium after a mental breakdown. Ella agrees to keep her company in the hope that the clean winter air will provide clarity—and a way back to their childhood connection.

It's only when plans go awry, and Martha disappears in a rage, that Ella discovers a new sense of self outside her filial role. This identity is reinforced by various encounters: the hotel receptionist who takes her under her wing; the enigmatic love interest; the wistful, drunken Salvation Army soldier; the carpenter. And not least, Ella's encounter with the writings of Stefan Zweig, which have a profound impact.

Mona Høvring's award-winning novel Because Venus Crossed an Alpine on the Day that I Was Born is as sharp as it sensitive; insightful as it is original when exploring the many distractions of the heart.

"A luminous tale of the burdensome tenderness between sisters and the emotional tumult of breaking free, Høvring's novel transports you to the faded grandeur of a hotel high up in a Norwegian mountain village. Høvring's prose, in Rankin and Dickson's translation, is sensual and searching and allusive; it shimmers with a strange winter light. I fell immediately under its spell. " —Aimee Wall, author of We, Jane

"In a way, the language is the protagonist in this book. It is luminous and vibrant, full of associations, reflections and quotes. The words embrace the world with sensuality, humour, wonder and a confusion of feelings. " —Fredrik Wandrup

Mona Høvring is the author of six poetry collections and four novels. Her previous novels include the acclaimed Something That Helps (2004), The Waiting Room in the Atlantic (2012), winner of the Unified Language Prize, and Camilla's Long Nights (2013), nominated for the Nordic Council Literature Prize. Because Venus Crossed an Alpine Violet on the Day that I Was Born won the 2021 Dobloug Prize, the Norwegian Critics Prize for Literature, was a finalist for the Norwegian Booksellers' Prize, and was included on numerous critics' Best of 2018 book lists.

Kari Dickson is a literary translator. She translates from Norwegian, and her work includes literary fiction, literary fiction, children's books, theatre, and nonfiction. In 2019, Book*hug Press published her translation of Rune Christiansen's Fanny and the Mystery in Grieving Forest. She is also an occasional tutor in Norwegian language, literature and translation at the University of Edinburgh, and has worked with the British Centre for Literary Translation (BCLT) and the National Centre for Writing. She lives in Edinburgh, Scotland.

Rachel Rankin is a poet and translator based in Edinburgh, Scotland. She received a Scottish Book Trust New Writers Award in 2019 and was selected for the National Centre for Writing's Emerging Translator Mentorship Programme in 2018. She has also worked as a tutor in Scandinavian Studies at the University of Edinburgh, where she has taught classes in Norwegian language and Scandinavian literature. 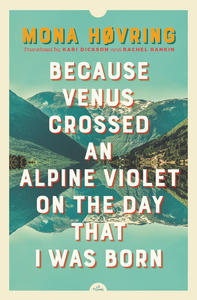 Other titles by Kari Dickson