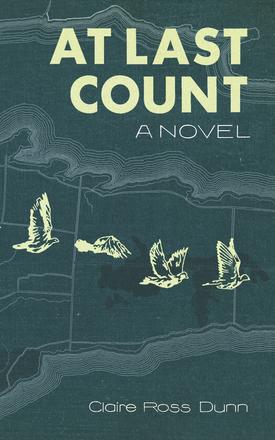 AS FEATURED IN TORONTO STAR, ZOOMER MAGAZINE, AND ON CBC'S ONTARIO MORNING AND GLOBAL TV

Paisley Ratchford is trying to keep it together, but in eight weeks, the Toronto apartment ... Read more

AS FEATURED IN TORONTO STAR, ZOOMER MAGAZINE, AND ON CBC'S ONTARIO MORNING AND GLOBAL TV

Paisley Ratchford is trying to keep it together, but in eight weeks, the Toronto apartment building she lives in will be demolished. A last-ditch effort to reclaim her abandoned childhood home on Amherst Island plunges Paisley into memories of growing up in the tight-knit community, and into the obsessive compulsive disorder that has only ever offered a semblance of control. Her compulsion to count in sets of eight had little effect on thwarting bullies, her father’s bad luck, and her mother’s mental illness—all of which return to haunt her.

When help arrives in the form of Paisley’s old classmate and tormentor Garnet Mulligan, her predicament only worsens. For a shot at a future, Paisley needs to stare down her past, including all the habits that have stopped her from thriving. At Last Count is a wise and often laugh-out-loud funny tale that proves we don’t always need to believe everything our brain tells us.

Claire Ross Dunn is a Toronto-based TV writer who has worked on Degrassi and Little Mosque on the Prairie and has written several rom-com movies for streaming. Her in-laws lived on Amherst Island, Ontario, where the book is set, and she is still closely tied to its wonderful community.

Right now, Paisley was not trying to tap eight on her fingers but, rather, trying to open her apartment mailbox. Her fingers ached from the cold and were not working. She stuck her hands between her thighs and clamped tight, just for a moment, to warm them up. The building was frigid. Month of April frigid.

She tried to open the mailbox again. Success. She pulled out flyers from pizza and Chinese food joints. There was also this month’s issue of Birders International, with a cover photo of a twitcher, a birder, from the UK. He was standing in a marsh in a soaked shirt that revealed his six-pack and, well, nipples. British water must be cold, thought Paisley. He was photographing a pair of critically endangered spoon-billed sandpipers, which the Wildfowl and Wetlands Trust reserve in Slimbridge, Gloucestershire, had brought over from the sandpipers’ home in Russia’s far east to start a breeding program. The cover of Birders International promised a centrefold, but it wasn’t clear if it would be of the birder or the bird. Both were enticing. Paisley couldn’t wait to rip into the magazine. And there was a fourth and final reminder from the building’s management about the impending eviction.

How could she forget?

The tenants had been getting notices once a month since September; the building, a utilitarian 1960s four-storey brownstone on Toronto’s Dale Avenue, just north of Bloor and Sherbourne, was slated for demolition. Everyone had to be out by May 14, six short weeks from now. This, of course, was having an effect on tenant morale. Many were elderly, like Paisley’s friend, Mrs. Feldman from 2b. They were upset about having to leave the place they’d called home for thirty or forty years and didn’t know what it meant for their next stage of life. Would their families dump them in a seniors’ home? Would they have to move in with their children, no matter how distasteful they found them?

“Written with humour and wisdom and delightful abandon, At Last Count negotiates a way through this often unfathomable life with loveable, fallible characters and a story you won’t soon forget. ”—Jane Finlay-Young, author of From Bruised Fell

"Dunn has a way of making us laugh and cry in the same breath. She makes us think about the patterns we keep on retracing and the joy of taking flight. ”—Abby Sher, author of Amen, Amen, Amen: Memoir of a Girl Who Couldn't Stop Praying (Among Other Things)

“Full disclosure: I didn’t understand the allure of birding until I read At Last Count. Paisley Ratchford is a beautifully drawn character who has endured much in her short life. She has OCD, the depiction of which is at once realistic, sensitive, and uplifting. I couldn’t stop turning the pages as I followed Paisley’s journey to confront her demons. Claire Ross Dunn masterfully weaves heartbreak and hope together through the prism of searching for the rarest bird of all, happiness. ”—Zarqa Nawaz, creator of Little Mosque on the Prairie, author of Laughing All the Way to the Mosque and Jameela Green Ruins Everything

"Claire Ross Dunn has written a beautiful novel! At Last Count is as touching and moving as anything by American bestseller Anne Tyler—that funny and heartbreaking chronicler of life's disasters and how we manage to move through them. "—Antanas Sileika, author of Provisionally Yours 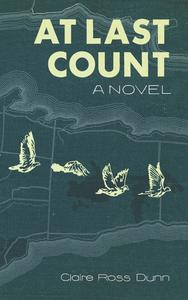 Under the Cover: At Last Count

Veteran screenwriter Claire Ross Dunn shares how the real-life story of growing up with OCD became the backbone of her debut novel,  At Last Count (Invisible Publishing).