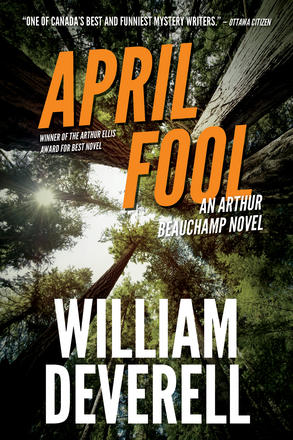 Arthur Beauchamp, the scholarly, self-doubting legend of the B. C. criminal bar, is enjoying his retirement on B. C.’s Garibaldi Island when he is dragged back to court to defend an old client. Nick “The Owl” Faloon, ... Read more

Arthur Beauchamp, the scholarly, self-doubting legend of the B. C. criminal bar, is enjoying his retirement on B. C.’s Garibaldi Island when he is dragged back to court to defend an old client. Nick “The Owl” Faloon, one of the world’s top jewel thieves, has been accused of raping and murdering a psychologist. Beauchamp has scarcely registered how unlikely it is that the rascally Faloon could commit a savage murder when his own personal life takes an abrupt turn. His new wife, Margaret Blake, organic farmer and environmental activist, has taken up residence 50 feet above ground in a tree of an old-growth forest that she is determined to save for the eagles and from the loggers. Beauchamp shuttles between Vancouver and the island, doing what he can to defend Faloon, save the forest, and rescue his wife. Part courtroom thriller, part classic whodunit, April Fool sees Deverell writing at the top of his form, with a big dollop of humour.

“April Fool thrusts itself brashly into the reader’s psyche like a lumber-jacketed logger at a black-tie affair. Ruggedly individualistic, demanding and determined, its characters are shrewdly etched and realistically rendered. ” — Globe and Mail

“[Deverell] is a hugely amusing and self-assured writer, and when you have his gifts it is hard to go wrong. ” — National Post

“Deverell brings back one of his classic characters, wily B. C. Queen’s Counsel Arthur Beauchamp, in this droll, witty novel about crime in the Gulf Islands. ” — Toronto Sun

“The dialogue crackles, the style is sharp and compelling, and it’s a treat to spend another book with Beauchamp. ” — Vancouver Sun

“Deverell burrows into Beauchamp’s soul, and we see almost everything unfold through his addled but fascinating perspective. ” — Vancouver Province

“Deverell writes breathless prose, commas flying here and there with exuberant abandon, as he dissects the nuttiness of his various locations. . . . April Fool spills over with idiosyncratic characters. ” — Edmonton Journal

“Deverell is one of Canada’s best and funniest mystery writers. ” — Ottawa Citizen

“Readers gladly follow all of Deverell’s distinctly drawn characters through tiny outposts on Canada’s West Coast to the courtrooms of Victoria and Vancouver and the fine hotels of Europe. He is a master storyteller with a wonderful sense of humour. The story flows effortlessly, and readers are twigs on the river, along for one hell of a ride. ” — Quill & Quire 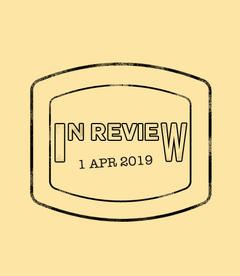 In Review: The Week of April 1st

Happy National Poetry Month! This week we launched Poetry Grrrowl: Rad Women of Poetry to celebrate all the badass women poets out there with interviews, excerpts, a (kind-of-difficult) quiz, and free swag. Plus: we're giving you 15% off all Poetry Grrrowl books all month. Holy, ... Read more 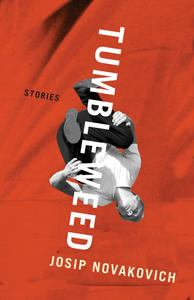 In his latest collection  Tumbleweed (Vehiculé Press), Josip Novakovich crafts short stories with a sharp eye, dry humour, and rhythmic prose. Included in the book are stories about the immigrant experience, seen in the title story in which a Croatian immigrant ends up ... Read more