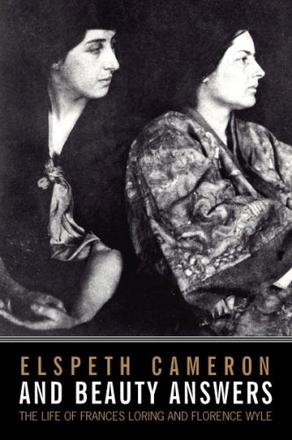 All but forgotten, Frances Loring and Florence Wyle were major forces in establishing Canadian sculpture and the style of Canadian national monuments. Frances and Florence met in 1906 at the Chicago Art Institute, where Florence was a teacher and Frances a student. Immediately ... Read more

All but forgotten, Frances Loring and Florence Wyle were major forces in establishing Canadian sculpture and the style of Canadian national monuments. Frances and Florence met in 1906 at the Chicago Art Institute, where Florence was a teacher and Frances a student. Immediately forming a connection that would endure the rest of their lives, they moved together in 1910 to a studio in bohemian Greenwich Village, before relocating to the more conservative city of Toronto. Removed from the Modernist movement that began to sweep the United States soon after their departure, Frances and Florence took up residence in a converted church where they entertained such prominent Canadian artists as Emmanuel Hahn, Elizabeth Wyn Wood, and Group of Seven member A. Y. Jackson.

And Beauty Answers by Elspeth Cameron reexamines the Girls’ careers, from their early days struggling to be recognized in a man’s profession, to their final days in separate rooms of a nursing home. Whatever the full extent of their relationship, the Girls continue to be defined as much by the bond they shared as by the works they created. And Beauty Answers explores a partnership that helped shape the landscape of Canadian art.

Elspeth Cameron is the author of three award-winning biographies: Hugh MacLennan: A Writer’s Life (1981), Irving Layton: A Portrait (1985), and Earle Birney: A Life (1994). Her 1997 memoir No Previous Experience won the W. O. Mitchell Literary Prize. Her most recent book, And Beauty Answers (2007), was shortlisted for the 2008 Toronto Book Awards. She was also the recipient of the UBC Medal for Canadian Biography in 1981 and the City of Vancouver Book Award in 1995. She has taught English and Canadian Studies at Concordia University and the University of Toronto, and was a professor in the English Language and Literature Department at Brock University.

“Niagara’s eminent biographer again spins a tale about artists’ unusual lives. She is masterful in her exploration of a partnership that helped shape the landscape of Canadian art. ”

“At long last, an exhilarating biography to celebrate Canadian sculpture – especially two of its overlooked champions … Anyone who reads this book will be awakened to the power of sculpture. ”

“This book restores a long-forgotten, and important, cultural history. ”

“Cameron as a literary historian is not native to the visual arts but acquits herself well here. Her discussions of Loring and Wyle’s contemporaries and especially the contexts in which they all flourished in 1920s Toronto, a much under-studied period, is excellent. ”

“My favourite book of 2007 … [I] couldn’t put it down … Cameron has refined the art of biography and the book reads like a novel. ”

“Really two books in one: both a breathtakingly readable biography that recovers, and honors, the story of two remarkable women – know as ‘The Girls’ – and their artistic and personal relationship; and at the same time, it’s a meticulous study of Toronto, and of Canada’s, tradition of sculpture as a national visual art. ”

“Written in a straightforward and engaging manner that would make it enjoyable reading for anyone interested in this phase of our cultural history. ”

Other titles by Elspeth Cameron