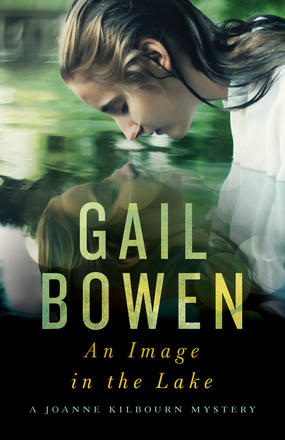 An Image in the Lake

An Image in the Lake

A dark secret threatens the future of the Shreve family

A dark secret threatens the future of the Shreve family

It’s August 24 and Joanne Shreve and her husband, Zack, are savoring the last lazy days of summer and looking forward to the birth of a new grandchild; involvement in the campaign of Ali Janvier, a gifted politician with a solid chance of becoming the province’s next premier; and the debut of Sisters and Strangers, the six-part series Joanne co-wrote that focuses on her early life. The series is the flagship of a new slate of programming, and MediaNation is counting on a big return. Joanne and Zack’s stake in the series’s success is personal. Their daughter, Taylor, is in a relationship with one of the show’s stars, and Vale Frazier is already like family to them.

It seems the “season of mist and mellow fruitfulness” will be a bountiful one for the Shreves. But when a charismatic young woman wearing a grief amulet that contains a lock of her dead brother’s hair and a dark secret becomes part of their lives, the success of Sisters and Strangers and the future of Taylor and Vale’s relationship are jeopardized, and only Joanne and Zack can put an end to the threat.

Gail Bowen is an author, playwright, and teacher. Among her numerous writing awards are a lifetime achievement award from the Crime Writers of Canada and the Distinguished Canadian Award from the University of Regina. Reader’s Digest has called her Canada’s best mystery novelist. In 2018, she was awarded the Saskatchewan Order of Merit and the Grand Master Award of Crime Writers of Canada. She lives in Regina, Saskatchewan, with her husband, Ted.

The event had been a triumph, but an old political friend once warned me that when a campaign appears to be going too well, somewhere there’s a dragon crawling out of its lair, heading towards your candidate with bedlam on its mind.

Our dragon wasted no time making its appearance. Alison may have been a political novice, but she could judge when applause had reached its peak. When she was handed a John Deere cap, she donned it, waved one last time to the crowd and started towards the back of the stage. There was a tangle of wire cables on the floor. Alison did a quick check to make sure her path was clear, then someone in the crowd called her and she turned towards them. When Alison’s attention shifted, a young blond man in a spiffy golf shirt leaned against the edge of the stage and pushed the tangle of cables into her path.

What happened next was a blur. When Alison turned in the direction that would take her off stage, her foot caught on the wires, and she fell forward. It was a hard fall and for a few agonizing seconds, she was motionless. Maisie handed Colin to Zack, and pushed herself onto the stage and knelt beside Alison, murmuring her nameThe man in the golf shirt pulled out his phone and started taking pictures of Alison lying face down on the stage. Jill had her phone out too, but her camera was pointed at the man, and she was moving towards him.

When she was close enough to be heard, Jill said, “Delete that video,” and her tone was flinty. As soon as I saw the young man’s face, I knew he was Clay Evanson. His likeness to his mother was remarkable, but where Lori’s face radiated innocence; her son’s face was dark with arrogance and anger. He had a press pass on a lanyard around his neck, He grabbed the pass and flashed it at Jill. “I’m a journalist with MediaNation,” he said.

“That’s a coincidence,” Jill said, pulling her photo ID out of her purse and waving it at Clay. “I work for MediaNation too. Delete the video. ”

Clay Evanson held his press pass closer to Jill. “Read the name of this ID. ”

Jill glanced at the name and shrugged. “I heard you had a summer internship here, Clay. Those internships are a great opportunity for professionals to assess what an intern could bring to our profession. Our CEO would be very disappointed to see that video of you deliberately obstructing Alison Janvier’s path, so you could create a clip that shows her falling flat on her face. ”

Clay was sputtering. “Hugh Fairbairn is the CEO, and he’s also my grandfather. I could have you fired. ”

Jill’s voice was even. “Hugh and I go way back,” she said. ”He’s a pragmatist He would never fire a colleague for showing him that one of his budding journalists needs a refresher course in ethics. Do yourself a favour — delete that tape. ”

Clay’s peaches and cream complexion was mottled by anger. “You really are a c-nt,” he said.

“Strike three,” Jill said, and she touched her phone’s keypad. “Time to let Hugh see you in action. ”

Clay’s mouth twisted. “Don’t,” he said. He tapped his keypad. “There. It’s deleted. Now you delete yours. ”

Jill was derisive. “No way,” she said. “First rule of journalism: Preserve the evidence. ”

Clay spat out the word ‘c-nt’ again, then stalked off.

“A limited vocabulary,” Jill said mildly. “He’ll have to work on that. ”

“Amid the murder and mayhem, Bowen takes time to portray Joanne’s rich life with her loving husband and their grown daughters. Readers will hope she’ll be back soon. ” — Publishers Weekly

“This may be Gail Bowen’s most comprehensive novel in her Joanne Kilbourn series … The stories make for juicy material. ” — Toronto Star

“Bowen never loses her passion for telling stories that ring with empathy, understanding and a drive for justice as sharp as that of her protagonist. An Image in the Lake is a perfect blend of vintage Bowen –– characters we’ve loved for a long time –– and an up-to-the-minute examination of today’s issues, wrapped in a perfectly executed web of animosities, old and new, and long-buried secrets that threaten everything Joanne holds dear. ” — Vicki Delany, national bestselling author of the Sherlock Holmes Bookshop series

Other titles by Gail Bowen