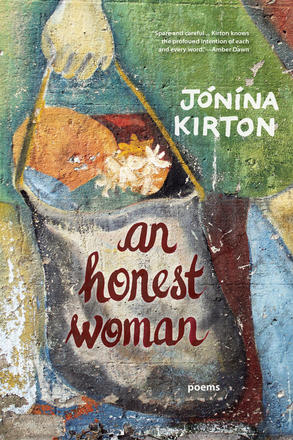 An Honest Woman by Jónína Kirton confronts us with beauty and ugliness in the wholesome riot that is sex, love, and marriage. From the perspective of a mixed-race woman, Kirton engages with Simone de Beauvoir and Donald Trump to unravel the norms of femininity and sexuality ... Read more

An Honest Woman by Jónína Kirton confronts us with beauty and ugliness in the wholesome riot that is sex, love, and marriage. From the perspective of a mixed-race woman, Kirton engages with Simone de Beauvoir and Donald Trump to unravel the norms of femininity and sexuality that continue to adhere today.

Kirton recalls her own upbringing, during which she was told to find a good husband who would “make an honest woman” out of her. Exploring the lives of many women, including her mother, her contemporaries, and well-known sex-crime stories such as the case of Elisabeth Fritzl, Kirton mines the personal to loosen the grip of patriarchal and colonial impositions.

An Honest Woman explores the many ways the female body is shaped by questions that have been too political to ask: What happens when a woman decides to take her sexuality into her own hands, dismissing cultural norms and the expectations of her parents? How is a young woman’s sexuality influenced when she is perceived as an “exotic” other? Can a woman reconnect with her Indigenous community by choosing Indigenous lovers?

Daring and tender in their honesty and wisdom, these poems challenge the perception of women’s bodies as glamorous and marketable commodities and imagine an embodied female experience that accommodates the role of creativity and a nurturing relationship with the land.

Jónína Kirton is a Métis/Icelandic poet and author who lives and works in Vancouver. She graduated from Simon Fraser University’s Writer’s Studio in 2007 and attended the Emerging Aboriginal Writer’s Residency at the Banff Centre in 2008. Actively involved with the Aboriginal Writers Collective – West Coast, she coordinated the first National Indigenous Writers Conference in Vancouver 2013. In 2015 Kirton joined the editorial board of Room Magazine. Kirton’s work has been featured in numerous anthologies and literary journals, including Ricepaper’s Asian & Aboriginal issue, V6A: Writing from Vancouver’s Downtown Eastside, Other Tongues: Mixed Race Women Speak Out, Pagan Edge, First Nations Drum, Toronto Quarterly, and Quills Canadian Poetry Magazine. She won first prize and two honorable mentions in the 2013 Royal City Literary Arts Society’s Write On! Contest and was a finalist in the 2013 Burnaby Writers’ Society Writing Contest. page as bone – ink as blood was published to wide critical acclaim in 2015. Her second book, An Honest Woman, was a Finalist for the 2018 Dorothy Livesay Poetry Prize.

“I’m sure people have been looking at me strangely every time I gasp, but I can’t glance away from the page for even a second to notice. Some of the poems end sharply, with a punch; some deliberately leave me searching for the next line; others show the repetition of heartbreaking cycles of violence and oppression, but offer a portrayal of resilience, too. ”
—All Lit Up!

“Jónína Kirton is courageously honest about her life experiences as a female of Indigenous and immigrant ancestry. Many poems resonate deeply, as we identify with her personal quest to figure out who she is, and the unacceptable things done to her. Her raw honesty is unsettling and uncomfortable, because it can be our truth too. Her poems depict devaluation and dehumanization, grieving, lessons learned. Her poems offer important insights as to why there are thousands of missing and murdered Indigenous women. ”
—Senator Lillian E. Dyck

“When writing from the voice of between, writer and reader have no place to hide. Assumptions and camouflage fall away. Murdered, missing, and violated women and girl voices have been silenced. The story lethally repeats. Kirton picks over how she was raised familially and culturally like a crime scene. Too, she affirms, ‘I have been here forever and I will rise again and again. ’ Tough, eloquent, revelatory, these poems are the very ones we are desperately in need of. ”
—Betsy Warland, author of Oscar of Between: A Memoir of Identity and Ideas 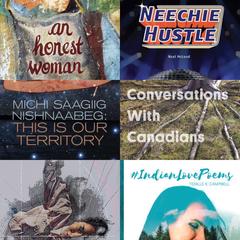 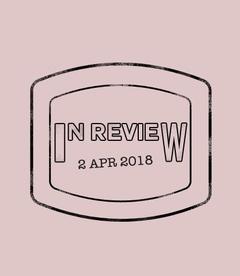 In Review: The Week of April 2nd

We started off this month with Poetry Cure, a series dedicated to poetry as self-care, revisited some historical literary movements (postmodernism, what's up), and cheered for some indie presses that made the 2018 Alberta Literary Awards shortlist. 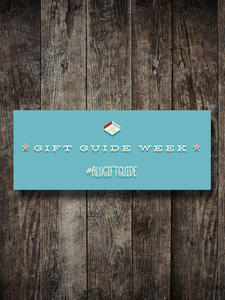 Other titles by Jonina Kirton