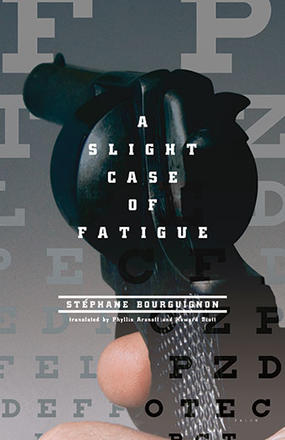 A Slight Case of Fatigue

A Slight Case of Fatigue

At age 41, Eddy is in existential extremis. He once had an enviable life—a wife he adored, a young son, a cozy suburban house surrounded by carefully planted and sculpted gardens, the luxury to pursue his passion and become a professional horticulturalist. Now he’s separated ... Read more

At age 41, Eddy is in existential extremis. He once had an enviable life—a wife he adored, a young son, a cozy suburban house surrounded by carefully planted and sculpted gardens, the luxury to pursue his passion and become a professional horticulturalist. Now he’s separated from his wife, estranged from his son, he’s let his garden grow wild—like the rest of his life, it’s totally out of control. When his son, Maxime, tired of being embarrassed by his father’s dilapidated house, his garden gone to seed and his old beater of a car, decides to leave home and live with his cool, professional mother—who immediately demands twice the alimony—Eddy goes on a rampage, smashing his son’s furniture and hurtling it and his possessions through windows he neglects to open first. Ending up in the hospital, the doctor diagnoses “a slight case of fatigue. ”
As Eddy plunges deeper into despair, insomnia and self-destruction, frantically searching for a way to live an authentic life, punching out his boss and finally threatening his best friend with a gun, the narrative voice of the novel changes, and we begin to see Eddy, his parents, his childhood and his past loves through the eyes of his wife, friends and companions.
Stéphane Bourguignon, the creator of the much-loved television series La vie, la vie, about a group of 30-somethings in Montreal, has said that he wanted this book to look at the darker side of life. Written like a surrealist Camus on steroids, in multiple voices, with an uncanny eye and ear for graphic physicality and keen psychological insight, Bourguignon’s examination of relationships between men and women, fathers and sons, past wounds and present possibilities is filled with a raucous warmth and humanity—but it is also intensely, darkly and almost unbearably humorous.

Finalist for the Governor General’s Award for Translation (2009)

Other titles by Stéphane Bourguignon