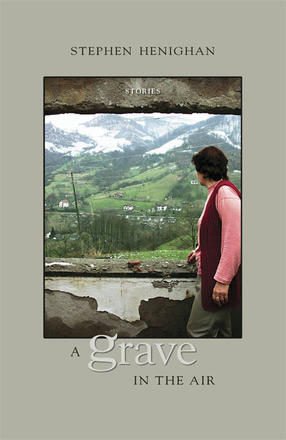 A Grave in the Air

A Grave in the Air

Sweeping from Nazi Germany in 1939 to the war in Bosnia in the 1990s, Stephen Henighan's A Grave in the Air is a masterful sequence of stories. In these tales, dominated by Central and Eastern European themes, readers are transported across borders and into the lives of characters ... Read more

Sweeping from Nazi Germany in 1939 to the war in Bosnia in the 1990s, Stephen Henighan's A Grave in the Air is a masterful sequence of stories. In these tales, dominated by Central and Eastern European themes, readers are transported across borders and into the lives of characters who have something serious at stake, people enmeshed in acts of destruction, and people redeemed through honour and grace. These narratives bear Henighan's cosmopolitan stamp, but they do not take place in a sanitized global village. There are no stereotypes on which to hang a plot, no filtered sense of the human condition. There are stories of betrayal, such as "Beyond Bliss", where a young British woman uses sex, duplicity and her connections to an Eastern European exile to become a partner in a Canadian literary press; luminous studies of introspection and character, such as "Freedom Square", in which a Romanian photographer's desire to escape her mother country yields to surrender to it; and ironic stories of historical displacement, such as "A Sense of Time", in which an erotic memory takes life for a Canadian expatriate in England, and "Duty Calls", where a Hungarian Montrealer experiencing divorce becomes the unsuspecting catalyst for another couple's commitment.

The two long stories, which bracket the collection, summarize its themes. In the opening story, a British businessman relies on the sporting spirit to try to avert the onset of the Second World War; in the title story, a weary foreign correspondent, shaken by his encounter with a band's disturbing groupie, must face his own truth about ethnic cleansing in Bosnia.

Whether moving readers to reflection or providing engaging entertainment, Henighan's prose is sharp and clean. Once again, he is as instructive in his understanding of peoples and cultures as he is instinctive in taking us inside the worlds that shape them.

Stephen Henighan is the author of five novels, three collections of short stories, and four books of essays. His work has been published in Ploughshares, The Globe and Mail, Geist Magazine, and The Walrus — to name a few. He has translated novels into English from Portuguese and Romanian and is the General Editor, Biblioasis International Translation Series. He is currently a professor of Spanish and Hispanic Studies at the University of Guelph.