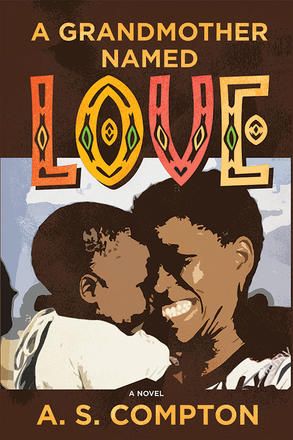 Lorato lives a comfortable but lonely life in her retirement years, alone in the home her husband had built in their rural village on the Kalahari in southern Africa. She becomes a grandmother when she adopts Lesedi after the death of a neighbour from HIV-related causes. Then ... Read more

Lorato lives a comfortable but lonely life in her retirement years, alone in the home her husband had built in their rural village on the Kalahari in southern Africa. She becomes a grandmother when she adopts Lesedi after the death of a neighbour from HIV-related causes. Then six more children come into Lorato's care, four of whom are biological grandchildren, two more are adopted. Now primary caregiver for seven grandchildren, she struggles to feed them all, to teach them right from wrong, and traditional ways of life in a world shifting and modernizing. We see how AIDS as well as cultural changes disrupt traditional life when Lorato's son dies of the disease.

A. S. Compton grew up on her family's inter-generational farm in Ontario and attended the University of Western Ontario, receiving her BA in English and Literature in 2012. Before beginning university, she lived in Botswana, Africa for her gap year working in HIV awareness and outreach. She is active in fair trade, social justice and empowering youth initiatives. She loves reading and cycling, and still spends much of her spare time on the family farm with her two children. A Grandmother Named Love is A. S. Compton's first novel.

"A Grandmother Named Love is a deeply moving tale of the unconditional love and devotion of a selfless and steadfast woman. It is rich in insights into the beliefs and practices of a village in Botswana, and keenly aware of the forces that affect the lives of modern Africans, for ill and good. Anyone looking for models of female empowerment and self-realization need look no further than Compton's Laroto, Lasedie, ard Mpho. "
--D. M.R. Bentley, Distinguished University Professor, Western University

"A. S. Compton's novel A Grandmother Named Love is a poignant and graceful hymn to a grandmother's sense of commitment, purpose, tradition, family, and continuity. Lorato's ancient values in her African village become the constant in a world of shifting family values where local superstitions, injustice and issues of female identity challenge her faith in the rightness of her vision of community and personal growth. Raising seven grandchildren (four of them biological), she covers these children with the wings of an embracement that helps turn potential chaos into order and conflict into love. And yet she and especially her eldest grandchild Lasedi are tested again and again by the setbacks of village prejudice. The arc of the narrative captures this struggle with a gathering drive that culminates dramatically. "Losing herself in her slow, rhythmic humming, Lorato imagined deep harmonies joining her, wordless but beautiful. " It is this rhythmic humming that constitutes the style of the novel; it is a style and a resonance that reflects Lorato's own voice--the chant and incantation of belief, uncomplicated but lyrical. And through this brilliant deployment of language and rhythm, tribal and poetic, Compton creates a richness of internal identity that shifts the reader from being a mere observer of events to one who actually experiences the waves of exhilaration, guilt, peril and resolution that shape and drive this powerful novel to its moving conclusion. A beautifully crafted book with a rich sense of place and the forces both contrary and benign that define who we become. "
--Professor Lawrence Garber, Department of English and Writing Studies University of Western Ontario, author of three novels: Tales From the Quarter, Circuit, and Sirens and Graces