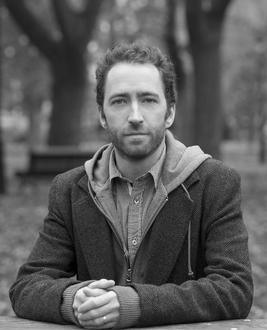 For this edition of Writer's Block, we ask author Matthew Murphy about what he reads, who his influences are, and what he's working on now. After being hailed as "ready for a glittering literary career" by Publisher's Weekly for his debut,  A Beckoning War (Baraka Books), we can't wait to see what comes next. 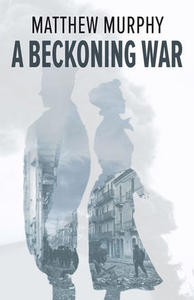 For this edition of Writer's Block, we ask author Matthew Murphy about what he reads, who his influences are, and what he's working on now. After being hailed as "ready for a glittering literary career" by Publisher's Weekly for his debut,  A Beckoning War (Baraka Books), we can't wait to see what comes next.

When I was seven, my older sister bribed me for use of the TV for an hour one evening with a journal book that she had that she had scarcely written in. I was delighted. After scrawling a couple tepid warmup doodles, I immediately set to writing a series of illustrated stories over the next eight months or so, and even made a Table of Contents decorated with key images from each of the following tales. I knew as I was doing this that one day, I wanted to do this sort of thing “for real.” Writing this anthology led to my first reading as well. During that year, one evening, my older cousin recited one of the stories aloud to my family, a story about a chick who refuses to hatch from his egg, and then once he does so, leads a sort of barnyard revolt to prevent the chickens from being plucked, or something like that.  Everyone laughed in the right places. I am sure some of it was “Aww, that's cute” laughter, but nonetheless, it gave me a real jolt.

This early brush with fame spoiled me. Writing that storybook and having a story read to a live audience ruined me for anything else.

I like different things at different times. I read mostly fiction and poetry, from different countries and eras. Mixed into that is the occasional philosophical work or history book or biography. Every now and then I give my head a break and just read some kind of horror or thriller novel—but of course the best of these have some literary merit, too.

As for frequency and consistency, I read voraciously sometimes, and at other times, I read very little (I have a two-year old—cut me some slack.) Recent reads include: Great Expectations, by Charles Dickens; Portnoy’s Complaint, by Philip Roth; Bone and Bread, by Saleema Nawaz; and A Jest of God, by Margaret Laurence. 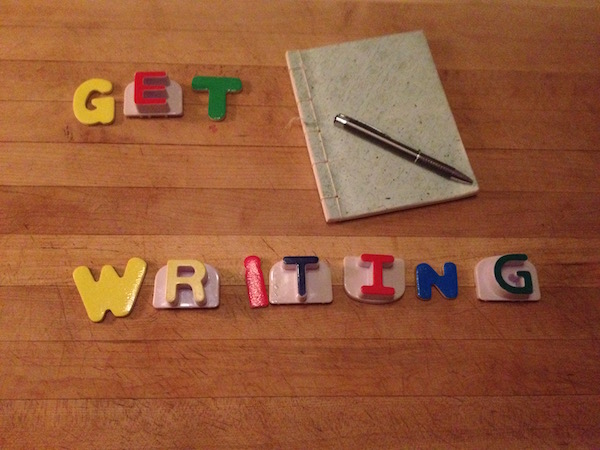 Which writers have influenced you or had he most impact on your writing?

Well. I would like to tell you that I am a blazing original, completely suis generis, sprung from the brow of Zeus, fully formed with a unique aesthetic whose random thoughts are publishable bursts of amazing creativity that are so real, the pages bleed if you tear them. But, like everyone else, I am more of a chameleon, soaking up everything around me and synthesizing it myself as best I can, copying things not very consciously and hoping for a little original spice to add on top. Among the (many) books and writers that have influenced me for sure: James Joyce (mostly through Ulysses), Joseph Conrad, Homer, Malcolm Lowry, Elizabeth Bishop, Stephen King. The English Romantic poets have always had a hold on me — that liquid way with words they have — as have Shakespeare and Milton and all the usual suspects of the old English canon. Outside of literature, I would say that I've been influenced by film and music as well. Not by any specific films or musicians necessarily, but generally.

I am in the later stages of a second novel. It just may involve dark forests and even darker spirits, and the darker devils and better angels of our nature. It does involve a prison escape. I am also working on a novella (I have one unpublished novella, and am thinking of compiling a few of them into a volume.) Whenever I don't know where I'm going next in a longer work, I try out shorter things, and by doing this, I have over the years started to (very) slowly amass a small body of poetry as well. It’s important to keep challenging yourself in different ways, to become more versatile. 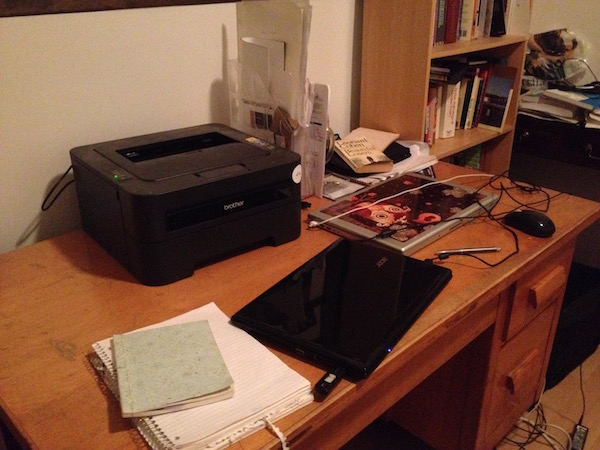 I write because, on the balance of things, I think I am pretty good at it. I realized when I was young that this was something I could do, that it was a form play that I could take seriously and really explore and keep getting better at and maybe, just maybe, have something to show for it. I have a kaleidoscopic, feverish, endlessly chattering, disruptively noisy, many-headed imagination that seeks agency outside the padded cell of my skull, so if I don't write something at some point during the week, I can really feel the pressure start to build.

What's the toughest part about being a writer?

Writing itself can be challenging, but I think at its core, it is fun. To me, the most challenging thing is continuing to write something, or bothering to write something, in a week where you get two or three rejections from publishers or journals or whatever. It can really take the wind out of your sails and make you wonder how you will ever get anything past the gate, and why bother trying in a world that is conspiring against you. This sounds dramatic, and it is, but you can definitely find yourself thinking that way. It isn’t fun. But in the end, you say “to hell with ‘em” and keep writing, and you keep surprising yourself, and you realize again that this what you are supposed to be doing.

Matthew Murphy was born and raised in Sudbury, Ontario, and currently lives in Montreal with his wife and son.  He has travelled a fair bit, and has lived and worked in Ireland, the UK, South Korea and China. A Beckoning War is his first novel, though surely not his last. For further information, as well as the occasional random blog post, feel free to check out his website at  http://murphilinear.com.

Many thanks to Matthew for answering our questionnaire, and to Robin at Baraka Books for making the connection! For more Writer's Block, click here. 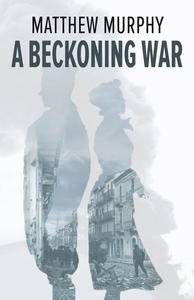