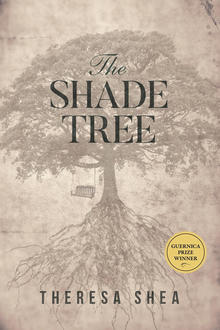 It wasn't until adulthood that author Theresa Shea learned that as a child she had attend the March on Washington with her mother and been present for Martin Luther King Jr.'s iconic speech "I Have a Dream." Out of this moment comes Shea's novel The Shade Tree (Guernica Editions), the story of two white sisters growing up in the Jim Crow south and a black midwife—all of whom must make life-changing decisions about where their loyalties lie: with their biological families or with a greater moral cause.

On a hot August day in 1963, when I was three months old, my mother took me and my older sister to the Washington Monument and held me in her arms as Martin Luther King Jr. delivered his now famous “I Have a Dream” speech.

Obviously, I have no memories of that day nor do I have any photographs. Perhaps in some archive there’s a picture of a twenty-three-year-old mother with a beehive hairdo, sweat on her brow, and a fierce look of hope in her eyes, hope that King’s dream would come true and that children, his and all others, would “not be judged by the colour of their skin but by the content of their character.”

Remarkably, I didn’t learn I was at the March on Washington until I was an adult. When my mother told me, I found what interested me most about the story wasn’t that she had attended that day—after all, approximately 60,000 of the 250,000 people in the crowd were white—it’s that she didn’t tell my father she was going. Already in their young marriage, she knew he would have forbidden it. He would have said that the race issue wasn’t her problem.

In The Shade Tree I write about white supremacy, about the ugly and violent legacy that too often is passed down through the generations and inherited by children via the first stories they encounter: family narratives. But what happens when those narratives are questioned?

The Shade Tree follows the fortunes of three women: Ellie and Mavis Turner, white sisters who grow up in the Jim Crow south, and Sliver Lanier, a black midwife whose life becomes entangled with the Turners in surprising ways. Through a series of haunting tragedies, the women must make life-changing decisions about where their loyalties lie: with their biological families or with a greater moral cause. From a Florida orange grove in the 1930s to the seat of power in Washington, DC during the height of the civil rights movement, The Shade Tree examines a painful history while it also underscores just how much of that pain remains with us today.

There is no shortage of material on white supremacy, but one book in particular made its mark on me. James Allen’s Without Sanctuary: Lynching Photography in America (2000) contains a visual legacy of photographs and postcards that were taken at lynchings across the United States and sold as souvenirs. White people paid money to be photographed standing beside dead bodies. The pictures are hard to look at, especially the ones containing children smiling into the camera. Some of the photographs are taken at lynch mobs, which illustrates that the events were often highly organized to give people time to gather. Special trains carried families to lynchings. Picnic baskets were packed. Children were given the day off school, and another generation grew to mimic the behaviour of their parents and adult community members.

Fifty-eight years have passed since the March on Washington, and yet the racial divide continues to be a tragedy that keeps our society and ourselves from achieving meaningful and redemptive progress towards a more empathetic appreciation of all lives. 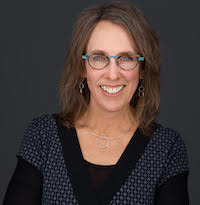 Theresa Shea’s debut novel,  The Unfinished Child, was a word of mouth best-seller. A popular book club selection, the novel was nominated for several awards and sold over 12,000 copies. The Shade Tree, winner of the 2020 Guernica Prize for best novel manuscript, is her much-anticipated follow-up. She lives, parents, and writes in Edmonton. Find her online at  theresashea.com. 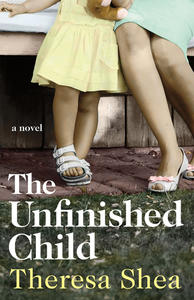