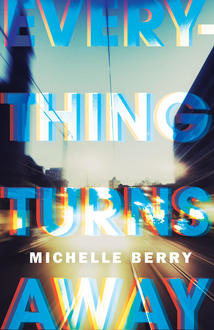 Twenty years since the tragic events of 9/11, Michelle Berry's haunting, domestic thriller Everything Turns Away (Wolsak & Wynn) weaves together the story of two couples whose lives are about to be upended by the murder of a neighbour, a babysitter that has gone missing and the aftermath of the collapse of the World Trade Centre. Insightful and riveting to the very end, Everything Turns Away is a novel that blends personal and political violence into a tautly written story about how everything can change in an instant.

Today, Michelle tells us about writing as a practice for placing her empathy in a tangible form, how she dove back into reworking her novel after a lengthy hiatus, and how a butter dish served as the catalyst to her book.

See more details below
Tagged: michelle berry, everything turns away, wolsak and wynn, under the cover

It’s interesting to be asked why I wrote a particular book—to be asked what my experience was writing it and what my inspiration for writing it was. Usually I have no idea—I just start with a sentence or, more likely, an idea or a picture in my mind and then I follow the characters as they move about their lives. Then I play with structure and editing, adding and subtracting time, or conversation or plot movement until the book is done. For example, “What We All Want” started in my mind with an image of adult children sitting around a dirty table in a kitchen talking about where to bury their mother. “Blur” started with the image of a dead movie star in a pool. My novel This Book Will Not Save Your Life started with the picture in my mind of a morbidly obese woman riding in the back of an ambulance.

But in Everything Turns Away I started with a true life-altering event that was felt and experienced by many, one that changed how I moved about my life, one that was instrumental in my move from Toronto to Peterborough. As I wrote the novel I took out my feelings and emotions regarding September 11 in the U.S. and held them up to the light, thought about how that day and after affected me, tried to understand why the people around me were affected all in so many different ways. I knew I needed to write with September 11 in mind as I know that writing, for me, can be a bit like therapy. I can inhabit a new person, a character, and deal with things in my life through new eyes. It’s the way I can place my empathy (and compassion) down in a tangible form, put it down in front of me and see it, analyze it and worry about it, without having it affect me as much as it would if I kept it inside.

But, I didn’t want the novel to be about September 11. I wanted it to be about individual life and drama in a city fairly far from the events. I wanted the events of that day (and weeks and months and years after) to collide with other large events. I guess I wanted my confused, dysfunctional, unhappy characters to deal with their lives as a huge tragedy unfolds around them. So it’s not a novel about September 11, it’s a novel about how my characters deal with the events that are swirling around them, how they deal with the news, on this particular day. It’s about how they react and interact with the world when everything around them is falling apart.

However, it is a novel that started with an image in my mind as well—a woman after a dinner party slamming the butter dish down. This became the second chapter through edits, but it was the beginning for me. Her emotions, her feelings, her anger and confusion about her life first—and then everything happens around her and it’s about how she and the other characters “turn away” if they can from everything, and turn back and turn away again and again. It’s about how everyone seems narcissistic and everything is frightening. It’s all about me, the characters think. So my inspiration was September 11 and about how these characters turned away from the events of that day to focus on themselves.

My experience writing the novel was actually a long, drawn out experience. I started this novel just after September 11, 2001 and finished writing it around 2006. My agent at the time (and another agent later) sent it out—mostly to U.S. publishers. I received a lot of praise and some publishers wanted it but were afraid that the events of September 11 weren't quite ready to be put into fiction. So I boxed up the novel and archived it.

But I kept thinking about it. I liked the characters, the situations, etc., and in 2016 I published a chapter of the novel. I was obviously still playing with it. Soon I dove back into the full novel and came to it fresh, with a new perspective about September 11 and my characters. Even with a new perspective on Toronto and living there with young children. Everything shifted. I was a different person when I initially wrote it, this time I was editing and rewriting it with new (older) eyes. The world has changed. I have changed. The novel was far enough away from me that it felt like I was editing someone else’s work. I added sections and created new ones. I deepened the situation the characters were in, I changed the ending. I hope it reads like a book that has been thought about for years, a book sitting somewhere in the back of my head. It was a good experience for me to let it sit. I don’t have enough time in this world to let things percolate for fifteen years again, but working on this novel makes me wish I did. 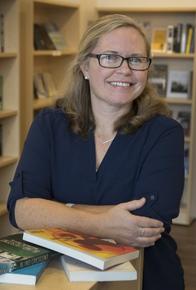 Michelle Berry is the author of three books of short stories and five previous novels. Her short story collection I Still Don’t Even Know You won the 2011 Mary Scorer Award for Best Book Published by a Manitoba Publisher and was shortlisted for a 2011 ReLit Award, and her novel This Book Will Not Save Your Life won the 2010 Colophon Award and was longlisted for the 2011 ReLit Award. her writing has been optioned for film and published in the UK.

Berry was a reviewer for the Globe and Mail for many years, and teaches online for the University of Toronto and is often a mentor at Humber College. Berry now lives in Peterborough, ON, where she operates an independent bookstore,  Hunter Street Books.