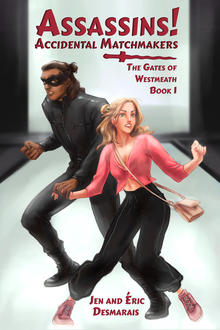 Jen and Éric Desmarais are the husband-and-wife writing team behind the new adult series The Gates of Westmeath and its first book,  Assassins! Accidental Matchmakers (Renaissance Press). They're also dynamos in the kitchen; check out their recipes for two dishes found in the book: stuffed mooseballs and a chocolate and chilli brownie. Is it lunchtime, yet?

When writing about the restaurant Amontillado in Assassins! Accidental Matchmakers, we wanted a place that both Bruce Wayne and James Bond would feel comfortable. Somewhere that had the atmosphere of a party, but the sophistication of haute-cuisine.

The food itself needed to be elevated but also diverse. We wanted something that reflected the city of Westmeath, but also our main character’s personality and love of food. 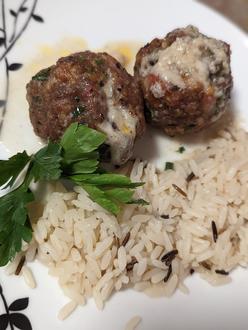 The food was a fusion of Aboriginal, North American Italian, and Creole cuisines. [...] Kennedy ordered, with Jason’s guidance, the Stuffed Mooseballs, which were moose meatballs in a primavera sauce stuffed with mushrooms and mozzarella.

‘This is amazing,’ Kennedy said, after trying both dishes.

Stuffed moose balls is a variation of an exploding meatball that Éric had developed for an all-day marathon of Good Omens a few years ago. He adapted it to have more of an Aboriginal and creole flavour profile and it turned out pretty well. We’re fairly sure that Alice (the Amontillado executive chef) would be appalled by our presentation, but it was delicious.

The chocolate and chilli brownie was an idea that came to Éric when he was enjoying some dark chocolate he’d gotten for Christmas. The recipe is a simple brownie with real chocolate, but he added some allspice and chillies to spice things up. 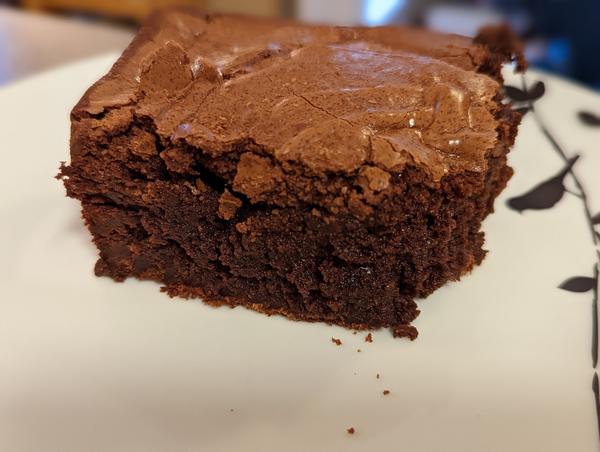 Jen and Éric Desmarais have been helping each other with writing projects since 2006. It took a worldwide pandemic for them to realize how much less effort it would be if they worked on the same thing. This is surprising since they have been collaborating on business projects for several years under the name JenEric Designs.

They are currently planning several more interconnected novels, short stories, and who knows what else.

They live in Ottawa, Canada, with their two children and several thousand books.

You can find more about them at jeneric-designs.ca

Many thanks to Jen and Éric for their mouthwatering recipes inspired by  Assassins! Accidental Matchmakers (Renaissance Press) - we're cleaning brownie batter off our keyboards as we speak. 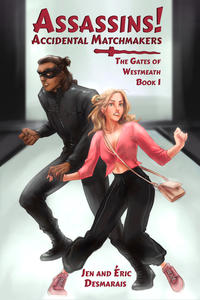