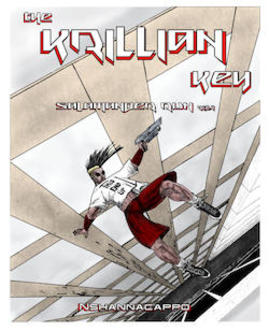 Set in the post-apocalyptic world of Neo-New York,  The Krillian Key: Salamander Run (Kegedonce Press) is easy to imagine as an Indigenous-themed graphic novel-to-film adaptation, packed with intense action and moody future cityscapes. Novelist and poet Neal Shannacappo joins us for this edition of Character Study to dream up the all-star cast that would bring this movie to life and we take it one step further with a poster inspired by the films of Jeff Barnaby, director of Blood Quantum. 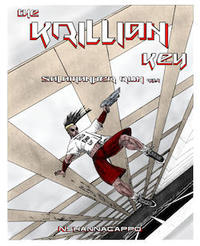 Pursued by warring human/alien hybrids, the immortal Kyrill, also known as Salamander, is the key to a prison forged by the seven gods of creation. While one of the warring factions moves to protect him, the other seeks to use him to open the prison. The Krillian Key, Salamander Run is a sassy, fast-paced Indigenous-themed graphic novel set in the post-apocalyptic future of Neo-New York circa 2242, with flashbacks to modern-day Canada.

The book-to-film cast list as imagined by author Neal Shannacappo:

Joe Manganiello as Stile (the Father)

With this stellar cast list, we got our creative caps on to fully imagine a book to film adaptation of The Krillian Key: Salamander Run. Check it out! 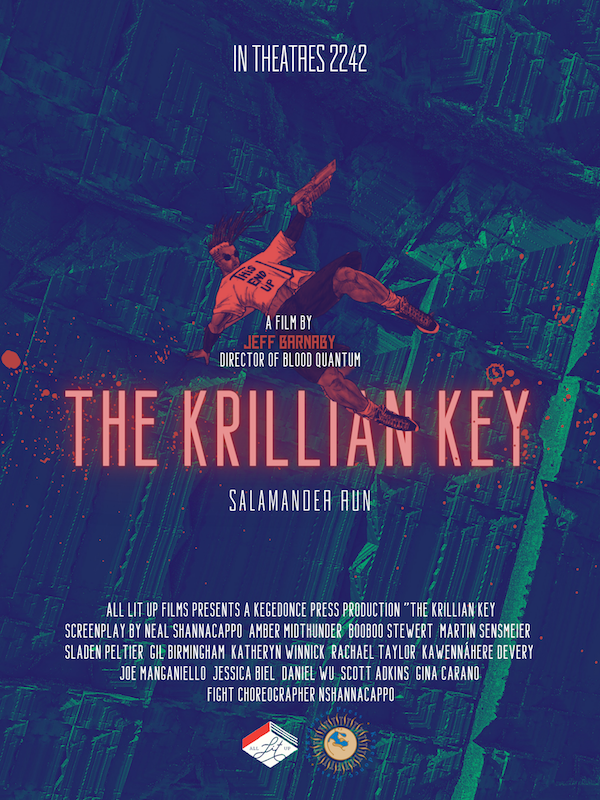 Neal Shannacappo is a Nakawe graphic novelist and poet from Rolling River FN in Manitoba. He's Eagle clan and currently living, working, and playing in Ottawa. At the moment he has three projects on the go, The Krillian Key which is his own creation, and If I Go Missing which is being published by James Lorimer & Company Ltd., and Niikaniganaw (All My Relations) commissioned by a group of healthcare researchers.