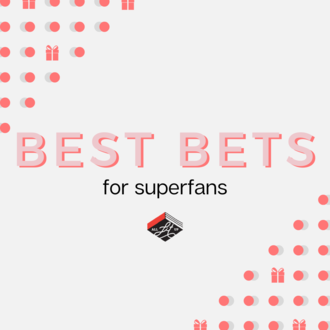 These Best Bets are for those superfans on your list: they saw the concert, joined the fanclub, bought the t-shirt. Music fans will naturally gravitate to the in-depth knowledge in the second edition of  The Bob Dylan Albums by Anthony Varesi (Guernica Editions), and pop culture fanatics will live for the behind-the-scenes stories in Linda Schuyler's memoir, The Mother of All Degrassi (ECW Press).

Taking readers all the way from the early 1960s to 2021's Springtime in New York, The Bob Dylan Albums is a comprehensive look at one of the finest songwriters - writers, period - to have ever picked up a guitar. Music enthusiasts and Dylan fans will delight in Varesi's no-rolling-stone-left-unturned approach to examining each of his albums - the greats and lesser-known works alike. 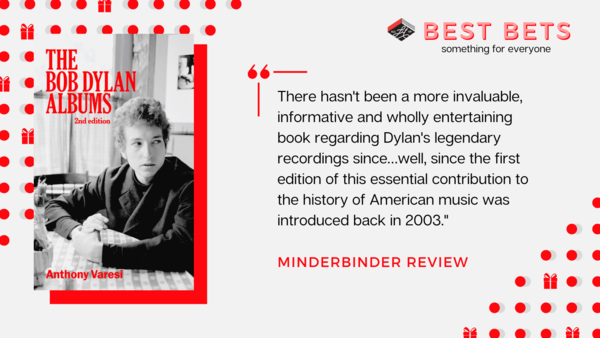 "Not a part two but a new, substantially revised and updated volume. … A worthy addition to your bookshelf." — Derek Barker, Isis magazine

Buy The Bob Dylan Albums for 15% off (with free shipping in Canada)!

The Mother of All Degrassi by Linda Schuyler (ECW Press)

It's no wonder that the Degrassi series - beginning in the 1980s and still capturing youth audiences today - rings so true. Its creator, Linda Schuyler, was a Grade Eight teacher whose lesson on filmmaking turned into a profound realization that her students' age group were being underserviced by what was on TV. So launched a legendary, influential TV series, as well as the intelligent, introspective woman behind the lens - all detailed in Linda's memoir, The Mother of All Degrassi. 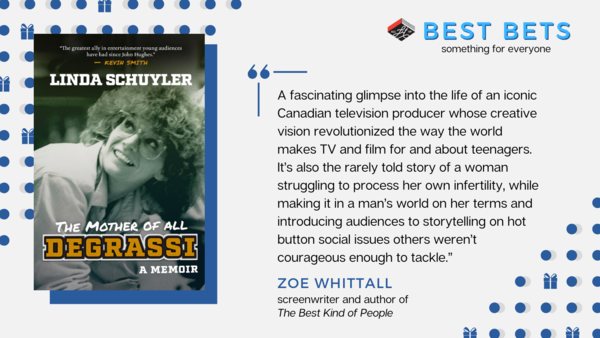 “A must-read for fans of the show. Just as Degrassi did, Linda’s story will inspire readers everywhere. Her decades-long persistence and passion will be a guiding light for any budding storyteller seeking to break into the world of television and film.” — Michael Grassi, TV writer and executive producer, Riverdale and Supergirl

“Linda cast me in my first major television role — Craig on Degrassi: The Next Generation — and I owe so much to her. I was blown away by her book. Linda shares the origin story of a TV show that paved the way for a young Canadian industry and countless careers. It offered encouragement to millions of fans worldwide. Written with immense honesty, her life story is filled with wisdom, comforting anecdotes, and heartbreak and is a must-read for fans of the Degrassi franchise.” — Jake Epstein, actor, playwright

“In The Mother of All Degrassi, Linda Schuyler recounts her approach to introducing the trans teen character of Adam Torres. In 2012, I was leading a trans youth group session and saw first-hand how they got to see themselves reflected in a show that they were already watching — and that meant the world to those kids.” — Chaz Bono, actor

Buy The Mother of All Degrassi for 15% off (with free shipping in Canada)!

There's more where that came from: catch up on other Best Bets books and get a sneak-peek on what's to come, right here.

If you have your own accolades for these books to add, please do! Share in the comments below or on socials @alllitupcanada, with the hashtag #ALUbestbets. 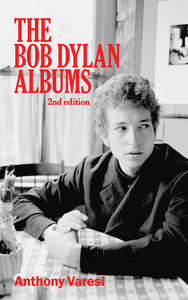 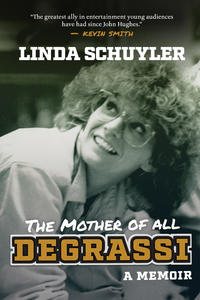