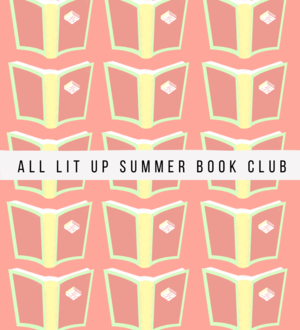 ALU Summer Book Club is on! We virtually chatted with Peter McCambridge, translator and fiction editor at QC Fiction, an imprint of Baraka Books, about bringing to Eric Dupont's novel Life in the Court of Matane to English readers. Read on for a preview from the book and our interview with Peter.

Download a passage from Life in the Court of Matane  here. 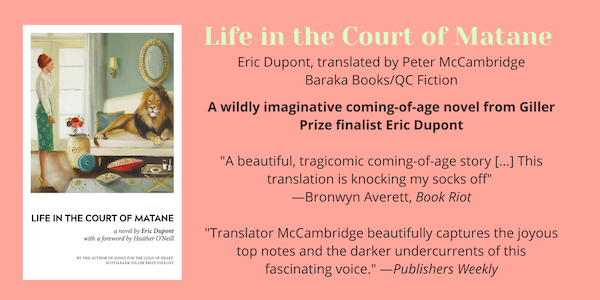 For our first ALU summer book club pick this year, we chose Eric Dupont's Life in the Court of Matane (Baraka Books/QC Fiction), translated by the acclaimed Peter McCambridge, to follow-up our reading of Dupont's Giller Prize-finalist Songs for the Cold of Heart. Reader, Life in the Court of Matane did not disappoint. This coming-of-age novel told as a memoir, had us gripped from the very start: a narrator with a wholly distinct voice, a fantasy-fuelled story of childhood and adventure, and Nadia Comaneci's gymnastics. Unlike the narrator, the only thing we had to balance was time spent with our noses in our books.

Before we share more our own thoughts next week, we went behind-the-scenes with Peter McCambridge, translator and fiction editor at QC Fiction (an imprint of Baraka Books), who worked on Life in the Court of Matane to find out what drew him to Eric Dupont's work and the editorial and cover design process for this gem of a book.

All Lit Up: QC Fiction has published Eric Dupont in the past, most recently the acclaimed Songs for the Cold of Heart. What first drew you to his work? How has he evolved as a writer?

Peter McCambridge: This book is the novel that made me want to drop everything and take up literary translation. Which I did. I reckon I first met author Eric Dupont for lunch on Rue Saint-Jean in Quebec City in 2008, just after Bestiaire came out in French. As I told him that afternoon, I heard about the novel on another book club, bazzo.tv. My life might have been very different if I hadn’t watched that episode of Bazzo. Bestiaire was the book that made me want to become a literary translator. It was the book that made me want to start the QC Fiction project with Baraka Books. If I hadn’t translated Bestiaire, as Life in the Court of Matane, I probably wouldn’t have been given the chance to translate La Fiancée américaine (as Songs for the Cold of Heart).

Reading the book again now, there’s just something about the voice—as always with Eric’s work—that makes me fall in love with it. This is an earlier novel than Songs for the Cold of Heart, but as a reader you can see so many of the themes starting to come together. It’s not a 600-page commitment like Songs, so it’s the perfect introduction to Eric’s world.

ALU: The first edition of Life in the Court of Matane was published in 2016 for the first time in English. What’s changed in this new edition?

PM: There are two big changes. The first is a departure from our usual series of covers. To me as fiction editor, it was important for all QC Fiction books to look like they belonged with each other on a bookshelf at home or on a display table in a store. Each of our novels has its own unique identity, of course, but we put a lot of effort into curating them—I really want each to belong to the project (they’re all fresh and exciting novels by a new generation of young Quebec writers, translated by a new generation of young translators) and we try to bring that message across through a series of similar, minimalist covers that, we hope, instantly identifies a QC Fiction book.

Since this is a second edition, we felt that a new cover was very much in order. Life in the Court of Matane was our very first book in 2016, so we hope this second edition will reach a broader readership, both in terms of our ever-growing band of regular readers and readers from across Canada who were first introduced to Eric via Songs for the Cold of Heart and the Scotiabank Giller Prize. This time around, we grabbed the chance to use some cover art (a gorgeous painting by Janet Hill) that is very much larger than life, just like the world of Life in the Court of Matane. 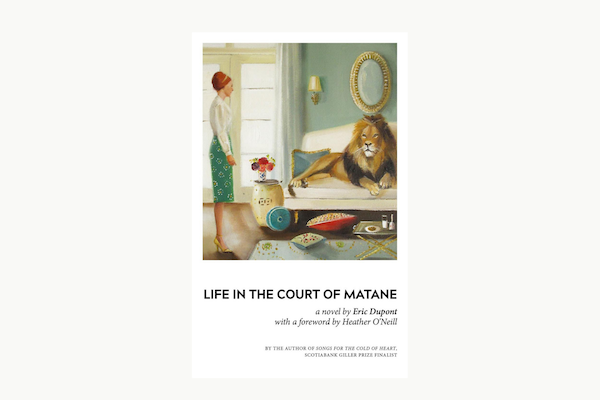 The second major addition is a new foreword by Heather O’Neill. Eric Dupont’s fiction is often compared to the storytelling prowess of John Irving and the magical realism of Gabriel García Márquez, but when I read Heather O’Neill’s Lonely Hearts Hotel I was struck by how many parallels and affinities there are between Heather’s work and Eric’s. I can only describe it as something magical that draws the reader in, a focus on making characters and events larger than life and truly memorable to readers.

I came across this quote from Eric recently and I think it describes his world and his approach to fiction perfectly:

"I have an unhealthy relationship with reality, bordering on a pathology. In my world, the wall that separates us from madness is very, very thin. It's not soundproofed at all—I can hear right through it!"

I think Heather would agree with that approach, and we were so proud to have her explain to readers in her foreword just what she enjoys about Eric’s writing. I think it’s interesting that one of the things she puts her finger on—how Eric not only understands the horrors of dysfunctional childhoods, but also knows what’s beautiful about them—is something a lot of readers would say about Heather O’Neill’s work too.

ALU: Can you tell us a bit about the editorial process behind translating the novel into English?

PM: As a translator, my main priority from day one has been to have every word in Life in the Court of Matane sound as though Eric wrote the book in English. He speaks fantastic English, so he could even probably have done that himself. But thankfully he was happy to let me get on with it and then tweak a few things. Eric is fun and interesting to work with and we’ve become real friends over the years. Most importantly there’s always been a sense of trust between us. I’ve always thought that if I were to sit down and write a novel, then I’d want it to come out sounding like Eric Dupont, so I have a natural tendency to try to cram a lot into every sentence and to ham things up.

If I have a philosophy I follow as fiction editor of QC Fiction it’s that we want every translation to sound as natural as possible, and also that there’s a translator for every book (and not every book is for every translator, no matter how good the book or the translator might be). I’ve always found that too many publishers have go-to translators who translate all kinds of fiction for them, while some books are a better fit for a particular translator. Which isn’t to say that I’m the only person in the world who’s well placed to translate Eric Dupont, and it isn’t to say that those translators don’t often do a great job, but I think that the real magic happens in literary translation when a translator gets to spend a long time with characters and a world of the author’s creation that the translator truly loves. I spend a lot of time trying to put our books at QC Fiction in the hands of the right translator.

I should also definitely mention the huge input I get from Katherine Hastings. It’s become so big that we recently translated Tatouine together (translating half each and revising each other as we went) and put both our names on the cover. But for Life in the Court of Matane and Songs for the Cold of Heart, and almost all of my other translations, I translate Eric’s words and Katherine revises me. She helps me kill my darlings, she reins me in and steers me in the right direction, and we just generally work really well together as a team. I think she has a tendency to look for the most natural-sounding turn of phrase, while I like to keep some of Eric’s eccentricities (like characters almost swallowing their watches in surprise). So there’s a bit of give-and-take, Eric answers our questions and corrects the odd bit or underscores a turn of phrase that he’d really like to keep, and we get there in the end. But, as with all good things in life, we have a blast getting there. It’s all about the journey and spending time in each other’s company until we arrive at a finished translation we’re all happy with.

ALU: What can readers look forward to in their reading of Life in the Court of Matane?

PM: There’s the odd talking animal, for a start. For me, it’s all about the storytelling. And I love how Eric plays off parochial life in Quebec and childhood events against the world canvas of history. I hope everyone enjoys it, whether this is their first taste of Eric’s writing or whether they’ve already read and enjoyed Songs for the Cold of Heart. 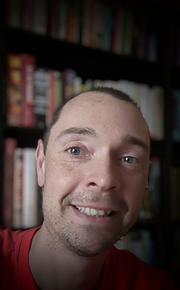 Originally from Ireland, Peter McCambridge holds a BA in modern languages from Cambridge University, England, and has lived in Quebec City since 2003. He runs Québec Reads and now QC Fiction. Life in the Court of Matane was the first novel he chose for the collection and the book that made him want to become a literary translator in the first place. His translation of the first chapter won the 2012 John Dryden Translation Prize. His translations have been World Literature Today Notable Translations, longlisted for Canada Reads, and finalists for the Giller Prize and the Governor General’s Award for Translation.

Download a passage from Life in the Court of Matane here, or buy your own copy here on All Lit Up.

Here's what's in store for book club throughout July: