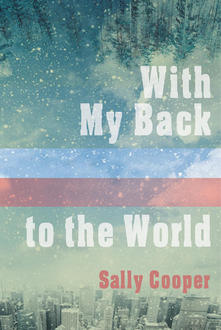 Character Study: With My Back to the World

There's a lot to praise about Sally Cooper's third novel With My Back to the World (Wolsak and Wynn): it's an artful exploration of motherhood and art-making featuring a cast of strong female characters. We could almost see the film play out. That's why we collaborated with author Sally Cooper who imagined a perfect celebrity cast to make this adaptation a box-office success. (Brb, Hollywood is calling.)

See more details below
Tagged: with my back to the world, character study, sally cooper, wolsak and wynn

Our Character Study column takes the CanLit books you love and re-imagines them as Hollywood movies: who would play your favourite bookish characters and why.

A dream director for With My Back to the World is Jane Campion. Jane Campion would bring out the story’s strong female characters and shifting wintry atmosphere, urban and wild, indoors as much as outside: RUDIE’s chaotic home renovation in the gritty steel city; AGNES’s isolated hand-built adobe buildings in the New Mexican desert; ELLEN’s claustrophobic log cabin in the northern woods. Campion has a literary style, is a deft director of women whose use of detail and imagery bring character and moody plot into every aspect of the frame.

Juliette Lewis as RUDIE
Rudie is in her early forties, a film-maker with a bigger heart than she knows. She is wiry, dark-haired, kinetic, attractive. Juliette Lewis could bring that combination of edgy sensuality, frenetic pre-motherhood, to Rudie’s scenes.

Jude Law as DYLAN
Dylan is very sexy and intelligent with a vulnerable side. Jude Law has just the right mix to show why Rudie struggles to resist this somewhat douchy guy.

Alison Brie as MARSHA
Alison Brie would be ideal as this young, sophisticated, compromised New York wanna-be artist, who feels both superior to and intimidated by Agnes Martin.

Zoe Kravitz as ELLEN
Zoe Kravitz has the chops to play this young, world-weary woman, in an uncertain and vulnerable situation, wounded yet fierce.

Robert Pattinson as PHILLIP
Robert Pattinson has the drop-dead dark good looks to play Phillip, a young man coming into his own out from under his father’s over-protectiveness. 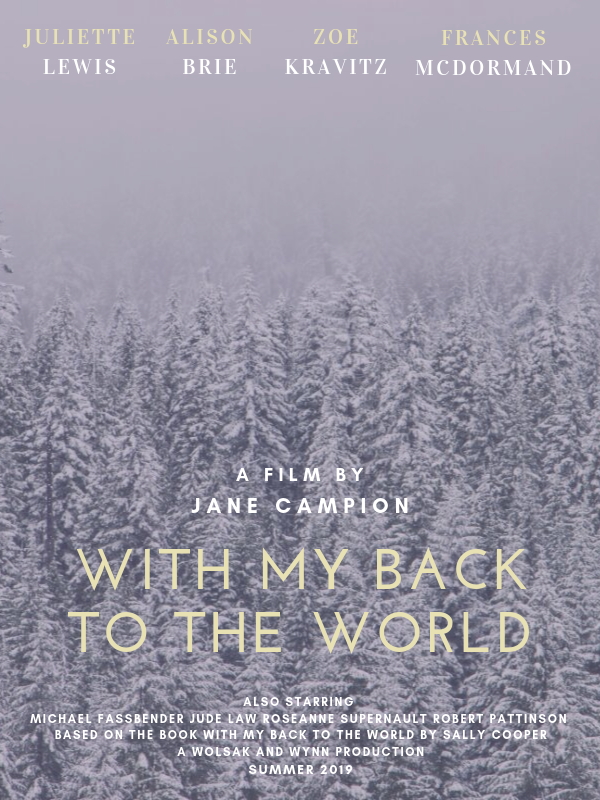 Thanks so much to Sally Cooper for standing in as casting director for this round of Character Study. For more Character Study casting calls,   click here.

November 2, 2015
Read This Then That: Characters on Vacation