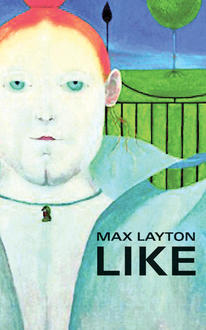 Max Layton's collection  LIKE (Guernica Editions) operates under the directive that this ubiquitous word – "like" – be used in every poem. We chat with Max about how losing his sight opened the "floodgates" to writing songs and poetry, what inspires his work, and his very poetic lineage, as well as read "In the Cave of Dreams" from his collection.

An Interview with Max

Max Layton:  LIKE is a collection of fifty poems every one of which, sooner or later, by hook or by crook, has the word “like” in it. I know this sounds capricious, but it is not. For one thing, writing the book forced me to reflect on a lifetime of experience and put into perspective the things I liked and disliked. So LIKE is a book of strong emotion. But equally important is the strange way that “like” likens the most unlikely things. Thanks to the magic of simile, LIKE is filled with an almost religious wonder at the underlying unity of the world:

ML: It would be called SELF and it would describe my struggle to find my own voice. Being the eldest son of Irving Layton, Canada’s most famous poet, was not easy. Nor did it help that I was taught how to play guitar by Leonard Cohen.

I remember watching while Leonard and my father discussed the style and meaning of one poem after another. I learned a great deal during these conversations. Just being there was a privilege. But it was also a burden because, in later years, I could not write a line without hearing my father or Leonard echoing in my head.

It was not until I went legally blind that I discovered my voice.

Unable to drive or read or teach, unable even to watch television, I retreated into the darkness of my room and there, with my guitar over my knee, I broke through to my core and wrote “Yes” – a song which was uniquely my own.

And then the floodgates opened, and songs and poems poured out of me – and have continued to pour out ever since…

ALU: What, outside of other books/writers, inspires your writing?

ML: Perhaps this is another way of asking what makes my poetry distinctively my own? That, of course, is a judgement best left to the reader. But I’d say my poems are inspired by the real world – culture, war, religion, the degradation and beauty of our natural environment. My poems are not academic exercises. They have a simplicity of language and a wry, self-deprecating sense of humour because they speak to ordinary people about ordinary things – getting married, getting divorced, getting old.

In the Cave of Dreams

In my time, I was the bravest
Warrior of my tribe

I spit the mixture through a reed

When I pull my hand away, there’s
The likeness of my crooked finger
The one I broke jumping the horns
Or a charging bull

Lord of lion, rhino, horse, gazelle
I stare at them, not them at me 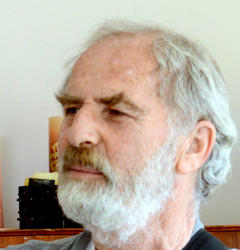 Born in Montreal in 1946, Max Layton now lives in Cheltenham, Ontario. He is the singer-songwriter son of Irving Layton. Leaving home at the age of 16, he worked at jobs ranging from being a logger in BC to laying track in Saskatchewan to writing for a tabloid magazine in order to put himself through university. Later, he owned a bookstore, managed a subsidiary of McClelland & Stewart and was the vice president of a bank before becoming a high school English teacher. He is the author of a novel and a book of short stories. In addition to LIKE, he is the author of poetry collections  When the Rapture Comes and  In the Garden of I Am (both Guernica Editions).

During the month of April, you can buy  LIKE as well as  any of our featured Poetry Cure books for 15% off (+ get a free notebook to jot down your moments of reflection). 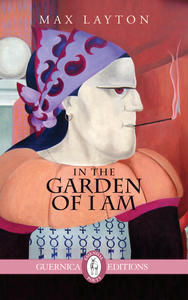 In The Garden of I Am 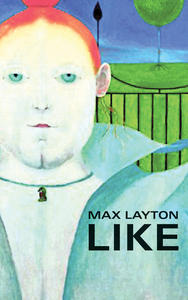