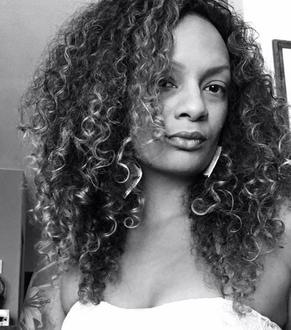 Riding down Main Street on a crowded bus in Vancouver, I pass under the Georgia Viaduct and my thoughts immediately drift to the almost forgotten, foggy, and distant memory of Hogan’s Alley—Vancouver’s only real black neighbourhood. A thriving place with bustling shops, family-owned businesses, and a real sense of community and an I-got-your-back attitude established between the ethnically-diverse people who lived there. This vibrant little piece of Vancouver was destroyed in the late 1960s to the early ‘70s to make room for the Georgia Viaduct, the first phase of the planned freeway through to Burrard’s Inlet that was stopped by active members of the community.

As the bus lurches and crawls, and the usual high-pitched hum of the struggling engine drowns out my loud sighs, I look out the mud-splattered window and I am genuinely saddened by what I no longer see. I long for a home that was never really mine. I long for a time and place where the sheer knowledge that your neighbour would be your neighbour for years to come, and that meant that you felt safe. There was a comfort in that. I look out this window and watch people pass each other by, avoiding eye contact like it was a contagious disease you could catch instantly if a glance was held for too long. The buildings I passed are worn brick juxtaposed with freshly painted pine door frames, and fashionable, double-glazed glass windows. If I squint just right I can still see the original hand-etched hardware sign peeking through the paint. If I squint just right I can see it. It’s still there.

The bus continues to stroll down Main, the screeching of the breaks slap me out of my nostalgic window-peering. The bus comes to a slow stop and swells with frozen-faced people, their widened eyes glued to the over-sized phones and tablets clenched between clawed hands. They tap their fare cards their unblinking eyes never veering from the glowing screen—maybe mesmerized by yet another online post about a vacancy in Kitsilano for a studio apartment going for $2700 a month followed by a link to a waitlist that already held eighty-seven other names other than your own. My heart sank a bit more as I thought about this city today versus what it must have been like when there was a buzzing and lively, ethnically-diverse community right here where this bus sits.

"Having a place to call home is how we create our memories, our memories create histories, and our histories are passed on."

Before this community was displaced via the city’s plan for urban renewal aka constructing a viaduct right through the heart of the neighbourhood, Hogan’s Alley was a place known for its food, music, and culture. I first learned about Hogan’s Alley after hearing Wayde Compton speak, and after reading his book of essays, After Canaan: Essays on Race, Writing, and Region. The more I read, the more I thought about what the definition of home really is, and how much the need to lay down roots can impact families for generations. Having a place to call home is how we create our memories, our memories create histories, and our histories are passed on. When communities get knocked out and folks lose their homes, the possibility of passing down important history gets destroyed right along with it.

I felt such a strong connection to Hogan’s Alley. Why am I longing for a place I’d never been? A place I have never seen. I am so drawn to this picture I have painted in my head about Hogan’s Alley, that it became difficult for me to keep to myself. A year ago I began to write a character who lived in this neighbourhood during its prime. I began to write a story of a girl named Junie, fighting to stay in her city, to keep her city—without even realizing it.

I wrote her walking through the city after she’d been gone for years. She walked through the remnants of Hogan’s Alley after it had been demolished—she did not recognize a thing. No more were the black-owned barber shops where men exchanged stories of how they almost snagged that beauty at the bar, or the chicken houses cooking up everything you could imagine for their hungry and over-worked customers that would pile in after a long day doing whatever they did to earn a dollar, and the speakeasies that lined the alleys, streets, and popular corners. No more were the jazz clubs with music pulsing through the alleys after dark enticing the bricklayers and shopkeepers to spend their last few dollars on a whiskey or gin and the promise of a good time. These were replaced with prim and proper coffee shops where no one knew your name, and you were known simply as “next customer please.” Everything was destroyed, wiped out, and dare I say, forgotten.

The demolition of Hogan’s Alley is a great example of a community being wiped out, a process that was hid behind the term urban renewal, when, really, in my opinion it was an ethnic cleansing. Hogan’s Alley had the highest concentration of black folk than anywhere else in Vancouver.

Five years ago on a cold and snowy Vancouver pre-Christmas evening, I unintentionally walked past an apartment near Commercial and Broadway where I used to live when I was twelve-years-old. I felt this strange sensation crawl up my arm. It was enough to make me stop in my tracks. It was enough to make me take out my notebook and write. I stood there in the snow and wrote about this home that I never saw as a home. We lived in so many houses and never spent much time in any of them. I never had time to grow attached to the walls, doors, and windows. These houses simply kept us from being outside.

My December notebook scribblings were the start of my second book, Dear Current Occupant. As a person who moved constantly as a child, I never knew the feeling of home. One home. One key. One home for twenty years in a town where your neighbours know you and say hello when you take your trash out. And although I lived in thirty different rooms, cooked, cleaned, and ate in thirty different kitchens, and slammed thirty different front doors, we were always able to find a place. I was uprooted. It wasn’t my choice; it wasn’t ideal. I saw the pain in my mother’s eyes. I saw the deep lines carved in her hands. She wanted to give us a home, but she couldn’t. What’s changed for the families twenty-five years later? Nothing.

On the surface, Vancouver today is a very different Vancouver from twenty, thirty, or even sixty years ago. Today, people ride transit avoiding any kind of human interaction, fingers clicking and clacking away on their devices, constantly scrolling, searching, liking, posting—what is it everyone is looking for? What are they distracting themselves from? I see this an an escape from reality. A reliance on technology to tune out the constant reminder that the city around us is indeed disappearing—again.

This essay isn’t about giving credit or space to those who have destroyed these communities; it’s about giving voice the notion that a sense of place is essential to the health and history of every person living anywhere, not just Vancouver.

For some of us (me included) home means having folks around you who share similar backgrounds, histories, and stories. I want my experiences reflected back at me in the faces of people when I walk around my city. I want to feel safe, welcome, and not engulfed in worry about how long I will get to have this one particular roof over my head.

Uprooting, displacement, "renoviction," gentrification, urban renewal. Although these terms have changed, morphed, and merged over the years the result is the same: people, families, and communities continue to lose their homes—the place where they laid down roots, and the place where they raised their families. I can’t look at my Facebook feed without seeing a post or status about a family being forced out of their home because the owners decided they want their house back. Well, we want our city back.

"Displacement is a sickening cycle that continues to spin out of control, and today’s Vancouver is not the only victim."

Displacement is defined as the moving of something from its place or position. Gentrification is defined as the process of renovating and improving a house or district so that it conforms to middle-class taste. It seems to me, you cannot have the second with the first. Unfortunately this isn’t new. Displacement is a sickening cycle that continues to spin out of control, and today’s Vancouver is not the only victim. The negative effects of this displacement and urban renewal isn’t just a past Canadian mistake or a current Vancouver problem. The struggle to create and maintain affordable housing is a nationwide problem.

I would like to think that all of this systemic displacement is behind us. But it isn’t. We are still exercising these same traumatic patterns of wiping out communities, but just in smaller chunks. Rents are raised, people are kicked out of their houses, apartments, and condos to make room for those who can pay the higher rents. Expensive coffee shops and exclusive boutiques that cater to the yes-we-have-money crowd, are pushing out the mom-and-pop shops and no one is doing anything about it. The connection between home as a tangible object and home as a piece of our own history is more visceral than we think.

I decided to paint this picture of home and what it’s like for people when their city is taken away. I picture myself thirty years from now, walking around the city, just like Junie. I picture myself feeling lost in an unrecognizable space that I can no longer afford and in which maybe am no longer wanted. I watch cement being poured over the one fertile spot left where I chose to plant my roots and watch my field grow. I continue to dig anyway, and as my shovel breaks and crumbles into ash at my feet, I watch my own history unwrite itself.

Chelene Knight is a Vancouver born-and-raised graduate of The Writer’s Studio at SFU. In addition to being a workshop facilitator for teens, she is also a literary event organizer, host, and seasoned panelist. She has been published in various Canadian and American literary magazines, and her work is widely anthologized. Chelene is currently the  Managing Editor at Room magazine, and the 2018 Programming Director for the  Growing Room Festival.  Braided Skin, her first book (Mother Tongue Publishing, March 2015), has given birth to numerous writing projects including her second book, memoir,  Dear Current Occupant (Book*hug, 2018).