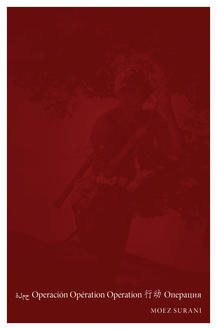 On day four of #poetsresist, we examine state violence and language in Operations (BookThug). The colloquial title of Moez Surani's most recent book,  Operations' official title is the word "Operation" in the six official languages of the United Nations. This "poetic inventory" lists the military operations conducted by UN member nations since its inception in 1945, when its signatories pledged to promote and further world peace. Read "1997" from Operations, and then our interview with Surani, where he expands on the role of language in both perpetrating and witnessing violence.

Operations is the colloquial title of Moez Surani's most recent book from BookThug: its official title is the word "Operation" in the six official languages of the United Nations. This "poetic inventory" lists the military operations conducted by UN member nations since its inception in 1945, when its signatories pledged to promote and further world peace. Read "1997" from Operations, and then our interview with Surani, where he expands on the role of language in both perpetrating and witnessing violence. 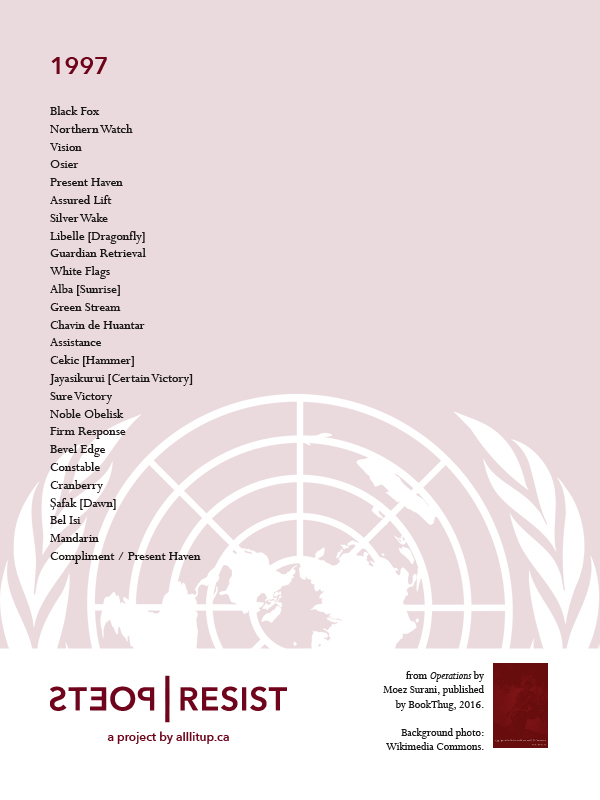 ALU: What are some books that inspired or informed Operations?

MS: It’s a mixture of pieces and monuments that gain their power from enumeration: Maya Lin’s Vietnam Veterans Memorial in Washington and Parque de la Memoria in Buenos Aires for the disappeared. Where these two pieces list the names of victims (and, for the Argentinian monument, blank spaces for the unknown victims), Operations inventories the poetic rhetoric governments use to make state violence palatable or heroic. Something else that stayed with me is an art book by Phil Chernofsky And Every Single One Was Someone. This is an inventory of the Jewish victims of the Holocaust; the entire book, page after page, is comprised the word, ‘Jew,’ repeated six million times.

ALU: If you were protesting state violence, what would your protest sign read?

MS: Since Operations is a critique of slogans and a caution against the seductive power they have, the honest answer is that I don’t feel comfortable relying on slogans. I use books and art pieces to express my point of view.

MS: As I researched these names, I saw this poem that the 193 countries were inadvertently working together on and I wanted to research it as thoroughly as I could so this string of rhetoric could be seen by others. 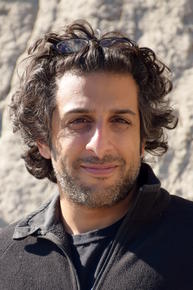 Moez Surani has travelled, studied, and worked in countries around the world. His writing has been featured in numerous publications, including the Best Canadian Poetry (2013 and 2014), The Walrus, The Globe & Mail, Harper's Magazine, and PRISM International. His first poetry collection, Reticent Bodies (Wolsak and Wynn), was published in 2009. In that same year, he won a Chalmers Arts Fellowship, and later, attended artists' residencies in Italy, Finland, Latvia, Switzerland, Taiwan, and Canada. His second poetry collection, Floating Life (Wolsak and Wynn), was published in 2012. Operations, Surani's third book, was a finalist for Les Figues Press Book Prize (2014), and was published by BookThug in the fall of 2016.

Remember: buy  Operations or any of our other featured poetry month collections and get your own pack of a patch and some buttons to rock at your next protest (or poetry reading, let's be honest). And if you need some more resistance poetry inspiration,  check out our poetry bot! 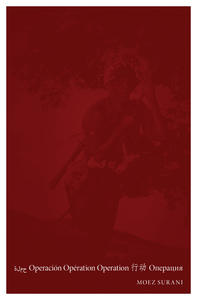 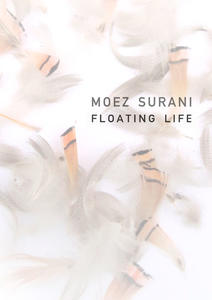