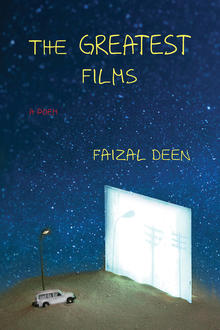 With references as wide-ranging as Bollywood and an old edition of Dungeons & Dragons Monster Manual, Guyanese-Canadian poet Faizal Deen uses his collection  The Greatest Films (Mawenzi House) to queer and decolonialize the cultural and historical touchpoints that make up the poems within it.

With references as wide-ranging as Bollywood and an old edition of Dungeons & Dragons Monster Manual, Guyanese-Canadian poet Faizal Deen uses his collection The Greatest Films (Mawenzi House) to queer and decolonialize the cultural and historical touchpoints that make up the poems within it. 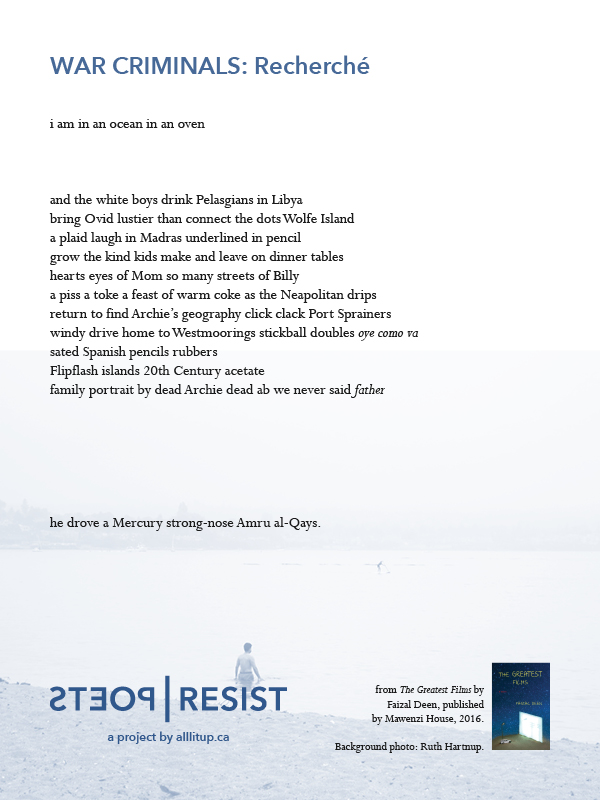 ALU: What are some books that inspired or informed  The Greatest Films?

FD: Edgar Mittelholzer’s My Bones and My Flute (1954), Wilson Harris’s The Palace of the Peacock (1960), Kamau Brathwaite’s Trenchtown Rock (1994) are three literary works that remotely influence my latest poetry book, The Greatest Films. The poem’s speaker possesses a sustained relationship with an old 1930s Funk & Wagnalls dictionary and a Dungeons & Dragons Monster Manual from 1982. The speaker seems to understand Enlightenment racism through these books. Nevertheless, The Greatest Films remains a rare example of a poetic text not primarily inspired by other literary books. It primarily engages movies and popular music as discursive spaces where the exilic memories of a Guyanese family uprooted by political unrest reside. While the influence of literary texts from very different artistic traditions tightens the thematic fabric of The Greatest Films, they are afterthoughts in this project. What I mean is that they come — in the compositional histories of the poems — after the movies and the musical texts I list in the Acknowledgments. It is the memory of the cinematic films I grew up wanting to watch and those I got to watch because they were considered suitable for family viewing that fire up this long poem. The films themselves are the texts I read in preparation for the verse scenes in my book. Ray Harryhausen’s Orientalist-driven special effects in the Sinbad films, the public conversation about sodomy in Georgetown, Guyana after the release of Last Tango in Paris, the sublime imaginary homeland of India in the Bollywood that strengthens the bond between a grandfather and his grandchildren. These are some of the textual uses of world cinema in The Greatest Films.

FD: I wrote this book to explore some aspects of a queer diasporic migration that takes place between Canada and Guyana in the 1970s and 1980s and how these experiences inform the exile’s transition from adolescence to adulthood. I envisioned my book as a collection of scenes for a film. The poems are sliced up according to how I would see them in my mind; as I would sit down to write them. I knew they would not be easy to read because the language of diasporic displacement resists the grammatological normativity of traditional verse lines. However, it is my hope that readers will accept the poetic speaker’s invitation into the text and its linguistic mysteries and to travel with the poet through their fragmented psyche.

The speaker is adopted into Canada from Guyana and what concerns him are the ways in which his own imagination comes to function as a conjunction of sorts between hostlands and homelands. What happens as this struggle ensues is the blasting open of pages where what remains is the possibility of the capture of enchanted verse fragments floating between margins. Every fragment is a haunting, grabbing the spirit of things into restorative ancestral transmission. I have theorized my own text elsewhere as a poetry collection addressing the convergence of queer bodies already punctuated by technologies of centuries-old ‘New World’ violence and the fictions that continue to entrench even further the legitimacy of these colonizing systems. What obsesses me are Empire’s figurative histories of racial representational violence. How is racial difference especially with regards to the Islamic Atlantic—and Caribbean (East) Indianness, in particular—transfigured in the speaker’s enmeshments with Canada (as an immigrant), Southeast Asia (as a traveller), Saudi Arabia (as a pilgrim), and Japan and South Korea (as a teacher and a lover)?

FD: In general terms, writing poetry as queer resistance is an action that roots itself in the belief that language is political and, therefore, has the power to invent worlds and bring audacious beings into creation. If I argue that the Caribbean was conceived by Euro-American conceptualizations already threatened by the region’s alterity to Europe, then my enterprise in poetry must be my own powerful discovery of counter-discursive language wide enough to trouble all systems of prescribed sexuality. I must insist that the struggle for LGBTQI Rights be seen as a pivotal chapter in ongoing Caribbean histories of decolonization from entrenched colonialist imaginations of racial, socio-economic, political, religious, and linguistic division. In specific terms, The Greatest Films queers all of its sources, including its filmic influences. These are my queer re/purposings. What I do with the movies that appear in my book is to empty them of their own heterosexist, patriarchal, and Eurocentric significations and stuff them back up again with my own stories, those of the lives of the ghosts haunting the psyche of my poem’s speaker. I attempt to perform this work without erasing the histories of epistemic violence already inscribed into popular imaginations by these Orientalist tropes. For example, in the heart of my book, the “Omnibus,” the speaker restages some of the battle scenes from his favourite childhood films in the cinematic overthrow of Linden Forbes Burnham, Guyana’s dictatorial leader of the 70s and 80s. The films offer the rhetorical powers of their metaphors to assist the speaker in queerly assuming the costumes of Kali so he can free his young nation from political corruption and economic deprivation. Queerness, then, assists in the opening up of what the legendary Guyanese novelist Wilson Harris identifies as “gateways” of feeling that summons resonant states of knowing beyond the known senses. What anxious origins are still sounding themselves out in our shared and particular Caribbean subjectivities when my poem’s speaker—in drag as Kali—attempts to save Guyana by signifying on the Orientalist fancies of Hollywood’s Sinbad? 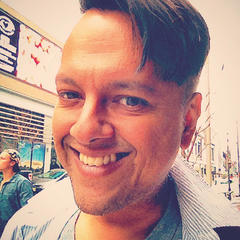 Faizal Deen was born in Georgetown, Guyana in 1968 and arrived in Canada in 1977. In 2000 he published what became Guyana's first LGBTQ poetry collection, Land Without Chocolate, a Memoir, shortlisted by the QWF for the AM Klein Prize in Poetry. He lives in Ottawa and is presently working on a new book of poems and an experimental novel.

Remember, buying  The Greatest Films or any of our other  featured poetry month collections nets you a Poets Resist pack of a patch and buttons to wear to your next protest. And if you need some more resistance poetry inspiration,  check out our poetry bot!