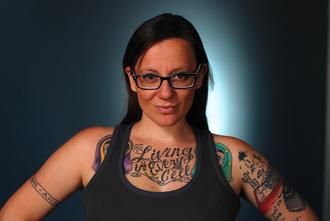 “Language is the foundation of culture. Indigenous peoples have a strong tradition of oral histories that must be supported by a new respect for, and understanding of, Indigenous languages.” From “The Journey Together: Ontario’s Commitment to Reconciliation with Indigenous Peoples”

This November, while accepting the Latner Poetry Prize, Gregory Scofield recited a poem (“She is Spitting a Mouthful of Stars [nikâwi's Song]”) and gave a moving speech that included his Indigenous language. Hearing Cree echo through the Glenn Gould Theatre filled with the esteemed and celebrated wordsmiths of our time was rare and profound. Rare for the usual reasons: colonization, lack of diversity, and the scarcity of Indigenous content on ‘mainstream’ literary agendas. Profound because the words said more than translation could ever offer; they said survival, refusal, strength and even grace. Sto:lo Elder and award-winning author Lee Maracle wept openly in the back row. These words were more than markers of emotions and ideas; they held space for our grandparents to rejoin us.

Why is this so important? It goes beyond the latest trend of #reconciliation. It goes further than Joseph Boyden’s fame. It is preservation, it is revitalization, and it is nothing short of the fight to halt ethnocide.

Bestselling children’s author (I Am Not A Number, Second Story Press) and education specialist Dr. Jenny Dupuis explains the wider impacts of separation from language. “When the voices of many traditional language speakers fell silent, our communities were faced with declining and endangered languages and cultural knowledge.”

Kegedonce Books’ publisher and author Kateri Akiwenzie-Damm works to give Indigenous stories their due. “Indigenous languages and literatures are of this land: they are the ground upon which the so-called "Canadian" literary canon sits. Our literatures are at the centre, not the margins.”

Kegedonce, like Canada’s other First Nations’ owned and operated press, Theytus Books, works hard to collect and share traditional stories and languages, publishing the late, great Basil Johnston, among others. Theytus has 15 books in Indigenous languages and its very name means in the Salish language, “Preserving for the sake of handing down.” But it can’t be up to First Nations alone to carry the work forward, not when Canadian publishers have the means to publish Indigenous books, and access to the authors who can write them.

Bookland Press has started in a good way by translating some of their poetry collections into Aboriginal languages (most recently Rosanna Deerchild's Calling Down the Sky into  Cree). Canada is uniquely blessed with a robust community of Indigenous writers from Maria Campbell to Warren Cariou. There are the playwrights (Cliff Cardinal, Tomson Highway…) and the academics (Deanna Reder, Angela Semple…) And then there are the language activists themselves, like Susan Blight and Hayden King’s Ogimaa Mikana Collective who replace street signs with their original Indigenous names, and artists Christi Belcourt, Erin Konsmo, and Isaac Murdoch’s Onaman Collective who run language immersion camps. With all these resources, if you aren’t including the Indigenous narrative, you must be making a conscious decision not to.

...the best way for ‘outsiders’ to carry Indigenous story is by using their influence to create space, while having the humility to remain outside of it.

Dupuis says the best way for ‘outsiders’ to carry Indigenous story is by using their influence to create space, while having the humility to remain outside of it. “Mainstream publishers can help to facilitate the inclusion of Indigenous languages in literature by making a sustained commitment to create spaces and opportunities for Indigenous language writers to share their knowledge and expertise by publishing more reading materials.”

Leanne Simpson is a cultural powerhouse, bringing Anishnaabemowin (Ojibway language) to new readers and listeners in a big way. She has advice for mainstream publishers who have said that fear of appropriation is a real hindrance to acquiring new Indigenous work. “Listen to Indigenous writers, Indigenous language teachers, fluent speakers and those in our communities who have been working for decades on these issues. Stop othering our words by putting them in italics. Stop forcing us to edit our words for a white audience. Stop the mandatory glossaries. Stop trying to make us into Can Lit writers and support our Indigeniety. Make sure you are actively finding Indigenous trans and Two Spirit writers, and women.”

This call for diversity among Aboriginal voices is part of a wider discussion in Indigenous literary circles. “I find that in mainstream publishing it seems to be about star-making and then returning again and again to those few writers for their quota of Indigenous literature.” Akiwenzie-Damm relates.

There is making the effort to be inclusive and a commitment to social justice. Then there is just doing it for the sheer beauty of it.

Simpson shares, “For me it is important because it is an affirmation and reflection of our people.  Even though in my territory linguicide is very severe, we still use the language. We still speak it and hear it. I also use the language in my work because it encodes and builds Nishnaabeg worlds, because it is intelligent and brilliant and I love it.”

Preparing the ground for the ceremony of words is not an isolated call to action. We are not suggesting the work and the readership be ours exclusively. The stories and the language is not just for us; we’re not greedy with our gifts.

“In my new book of short stories, I decided not to translate the Nishnaabemowin words. I don't think this means I've excluded non-Indigenous readers,” says Simpson. “I think there is merit for non-Indigenous peoples to come across an Indigenous word in an English language text and realize that they do not know the meaning. I think there is merit in thinking about why that is. I think there is merit in working to realize meaning in art and literature. I think it is important to feel unsettled and challenged about one's entitlement to grasp the full meaning of Indigenous literature. I think it is important for non-Native readers to consider whether or not they are the primary intended audience.”

Akiwenzie-Damm also sees the benefit of challenging Canadians while cautioning against status-quo in the way that challenge is built. “The Canadian literary canon has also consistently been attached to a kind of pan-Indigenous lens that sees each of us as representative of all of us and not as coming from distinct nations and cultures. What I hope is that we won't have a handful of predominantly male Indigenous writers, as we do now, but a far wider and more inclusive range of writers whose work pushes at the mainstream's limited understanding of what Indigenous literature is. Once that happens in a real and sustained way, our literatures will be better understood within global literatures and our languages will be better able to thrive in the literary world.”

What we want and what can be done are not mutually exclusive. What we want is simple – the same thing everyone wants in a sane world – respect and recognition, so that we can carry on the work of bringing our stories in our languages to not only our children, but to yours. And what can we do? Well, as one of the first Indigenous people to be published in Canada, let’s start with sitting Lee Maracle in the front row where she belongs. Let’s begin with Indigenous stories as mandatory in our classrooms – can you image attending your Canadian grade school without Canadian history? We can. Let’s commit, right here and right now, to demanding the privilege of access to and for Indigenous stories, in all their strengthening, surviving, graceful, and brilliant beauty. And let’s read them with the kind of minds ready to do the work of bringing all our grandparents home.

Many, many thanks to Cherie Dimaline and her interviewed subjects for their contributions to this article. Cherie's latest book, collection of short stories A Gentle Habit (Kegedonce Press), was our August book club pick and is available now.

June 21, 2022
In House with Kegedonce Press for Indigenous History Month