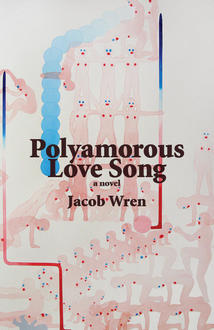 Sometimes one encounters a book in which the questions that arise for the reader are thornier and more fun than any answers the book could have given. One does not explain such a book, nor necessarily analyze it. Rather, the writer issues an open invitation to play inside it. Jacob Wren’s Polyamorous Love Song (a novel originally titled, if the novel is to be believed, Artists Are Self-Absorbed) is such a book, one that ostensibly wrestles with the cliché advice of “write what you know.”

Sometimes one encounters a book in which the questions that arise for the reader are thornier and more fun than any answers the book could have given. One does not explain such a book, nor necessarily analyze it. Rather, the writer issues an open invitation to play inside it.

Jacob Wren’s Polyamorous Love Song (a novel originally titled, if the novel is to be believed, Artists Are Self-Absorbed) is such a book, one that ostensibly wrestles with the cliché advice of “write what you know.” Less a prescription than an inevitability, writers almost cannot help but mine personal experience to blend with their fictions. Polyamorous Love Song invites a reader to think about how an artist selects which reality to make fiction, and the possible fallout of that choice.

In Polyamorous Love Song, Jacob Wren shows his work in teasing apart what “real” means in the hands of those who create fictions as a vocation. The novel acknowledges and confirms that the source of inspiration for many artists is located externally (i.e. there’s less imagination involved than those outside the art world might think), selected and consumed by the artist, then replicated and reshaped for an audience.

The writer-narrator, one of several, believes that “my so-called works of literature, were […] little tales to distract myself from something I actually didn’t want to look at too closely within the strictures of the present moment. Often through conjuring up something far more confusing or worse.”

While writing as catharsis or therapy isn’t a new idea, the way the novel tackles the intersection of the real and the fictional is wholly original. Polyamorous Love Song resists linear this-follows-that problem solving and enters the realm of rhizome, where every thought caught wriggles away, only to become three or four other lines of inquiry; the narrative and motifs doubling back on B, C, or D-plot. Even trying to write about a document that takes so much time writing about writing becomes an almost whimsical, metaphysical exercise.

While many narrative and philosophical threads run through Polyamorous Love Song, any of which are worthy of closer inspection, my focus was drawn to Wren’s mediations on how reality is transformed into art, and the supposition that when art fails, reality may become the new art.

Wren’s narrator dances around the ethical knots of how to put the most interesting person he knows into his work without the person recognizing himself, raising the moral quandary of how someone “mines” their own experience for art when the people who were involved in the writer’s experiences have expressly requested that they not appear in the work. The ethics question, however, is quickly dispatched. As a sort of leitmotif the notion that “everyone has their reasons,” can be read as ‘you can justify anything.’ Or, more explicitly, “reasons become irrelevant.”

It is acknowledged that “whatever anyone does to you or for you, they are more often than not able to justify it to themselves in a rather precise and frequently exemplary fashion.” The ends justify the means, with the ends being the production of art.

Having thus dismissed the moral issues, the narrator decides to write about a friend. The friend is given the pseudonym “Paul,” though right away he betrays Paul by admitting that’s not his name at all. “Paul had a motorcycle. (Actually he didn’t, but it is my hope that this detail will render those who know him unable to identify who I am referring to since, as I have already mentioned, that is his explicit wish.)”

Having been written into existence, Paul-of-the-novel (who is not necessarily a ‘real’ Paul), in a Socratic turn, begins writing himself. Since Paul and his partner Silvia are both writers, they sometimes come to conflict over their shared occupation. Paul feels his novels are too full of reality (already established as a knotty concept) and he admires his partner’s writing for being “so little about real life, about how things really were, but instead … a fable of power, sex and imagination and how we are often much too afraid of being literal.”

Silvia, finding a passage in Paul’s work in poor taste, notes that “his books were his books, he should be free to write whatever the fuck he wanted, his books were not their relationship, which was confusing enough as it was, she should know better than to confuse the two. […] Of course he wasn’t cruel. But his book was.”

This puts me in mind of an interview I read with David Gilmour once, where he claimed he was hunting down André Alexis (who’d given him a poor review) in College Street bars, where he hoped to “beat the living s–t out of this guy […] slap him across the face the first time I encountered him.” I couldn’t help but wonder if in this recounting of the story, in which he never does catch up with his nemesis, Gilmour is writing another sort of fiction, one in which he is the type of “serious heterosexual guy” he would want to read.

Parts of Polyamorous Love Song feel more solidly “fictional,” though they too wrestle with how art can disrupt the lives of both artist and subject. The first-person Wren-narrator of the novel becomes fascinated with a violent anti-government faction of costume-wearing rebels called The Mascots. His curiosity leads him to attempt a performance art piece based on their exploits, a dangerous (and therefore thrilling, life-affirming) kind of cinema vérité.

Conversely, another narrative thread supposes that when art becomes too performative, one should stop creating external art and rather live within each project completely, making art that is both ephemeral and immediate.

Originally “the avant-garde of this movement is to be found in those who choose to forgo the writing process altogether, simply living the film in real time, little by little, moment by moment, invisibly weaving it not their now considerably more compelling and immediate daily routines.” However, any avant-garde will inevitably collapse under its own popularity. Where once the “authenticity of this ‘filmmaking’ is to be found in the fact that it is only ever lived, never filmed,” meaning is once again found in documentation when it is the least likely means of production.

The rejection of art for living-as-art in what’s called “the new filmmaking” is espoused by a character called Filmmaker A (who is at this time Silvia’s lover; their relationship predates that of Silvia and Paul). In deciding to live each screenplay, real time, instead of capturing it, “she had found through seeing certain situations in her life as scenarios, in scripting them and by scripting them, taking control. […] the idea of making the film is gradually replaced by this new idea of living it out instead.” In a neat and yet predictable twist, Wren has Filmmaker A return to traditional filmmaking when the new filmmaking becomes too popular.

The new filmmaking in the novel seems to act as a sort of wish fulfillment of non-documentation, the ultimate result of the paranoia that must surround those who live within a community where everything is possible fodder. In the art world “one could generally feel confident that statements made within it would not reach those who were outside,” but this condition is also isolating and limiting. The art of the new filmmaking exists only for the moment it is created, never to be analyzed, and forces the artist back into what’s ‘real.’

The Mascots, conversely, are the worst-case scenario for wanting to take life into art, as evidenced when the narrator is caught up in a raid on the Mascot compound. The raid is captured by Filmmaker A, who’s gone back to the old ways (like hipsters who take as fashion that which has fallen out of favour) “camera on her shoulder, a huge smile on her face as she scanned the room for a moment worth filming.” Afterwards, she thinks of Silvia, her former lover, and her book; “if there was any chance she might appear in some minor role, in some chapter as a background character.” This is a full-scale disavowal of the new filmmaking, and the polar opposite of Paul’s introduction; the wish to be written and thus, become real.

Heather Cromarty, formerly of Calgary, is a Toronto-based reviewer and critic. She has written for Quill and Quire, Lemon Hound, and Globe and Mail. 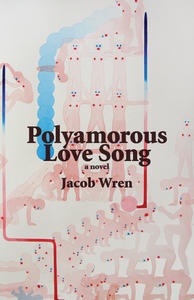