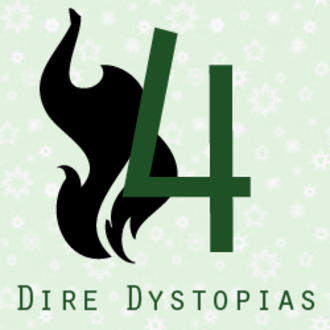 On the nineth day of 12 Days of CanLit, All Lit Up highlights 4 Dire Dystopias. 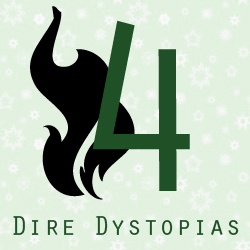 The holiday season is typically a time for peace and joy on earth. But when it comes to picking out what to read over the holidays, there's always time for a really good dystopian novel, right?

Ang is the sole survivor of a suicide pact. Alone and obsessed with the idea of the end of the world she finds new friends in the underground music scene. The end of the world does eventually come but it’s nothing like what she expected. Things cease to make sense to the point that Ang cannot trust her own perceptions. Told in a bleak and surreal style, Post Apoc is the end of the world like you’ve never seen it before.

The Wintermen
by Brit Griffin (Scrivener Press; no longer available)

The world has reached peak climate change chaos in this near-future “northern”. The government has forced a complete evacuation of the northern rural areas as snow continuously falls. But Johnny Slaught and his buddy Chumboy Commando don’t want to leave their home and unintentionally become leaders of a group of like-minded individuals who must stand up the muscle of the TALOS Security Corporation, brought in to protect the resource-rich hinterland. 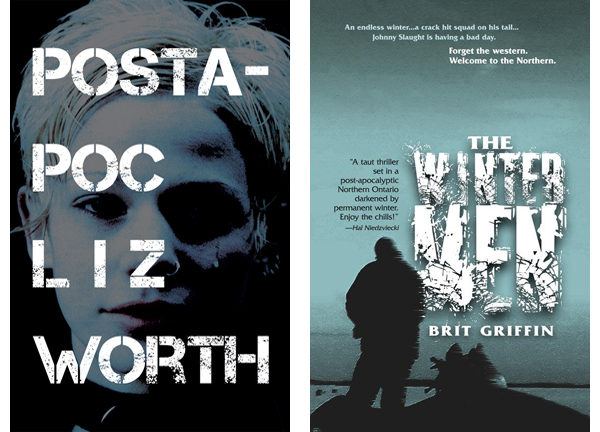 Lucia has nothing left in “The City” after her last precious possession is destroyed in the bleak world Wendy MacIntryre has created in Lucia’s Mask. Lucia sets out on her own but quickly starts to gather companions on her way. As they search for an alternate reality their various pasts make it that much more difficult to survive. Just as failure seems to be upon them they find a box holding six Greek tragedy masks that hold uncanny powers. They may just be the key to everything.

A Description of the Blazing World
by Michael Murphy (Freehand Books)

The crowded space of the city incubates signs of the apocalypse in a citywide blackout and it is this threat of imminent danger that urges on a reclusive man and a teenaged boy to search for some greater meaning. Morgan Wells receives a post card for a different Morgan Wells. Desperate to come out from under the despair of a failed marriage, Morgan sets out to meet the other Morgan Wellses of Toronto. During the blackout, the teenager finds a copy of The Blazing World, one of the first science fiction novels ever written, and sees it as a premonition of the end of the world. 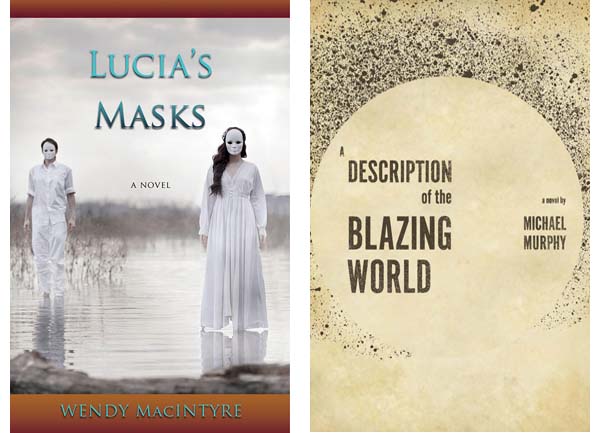 12 Days of CanLit is almost done! If you haven't been following along, be sure to check out all the CanLit fun here. 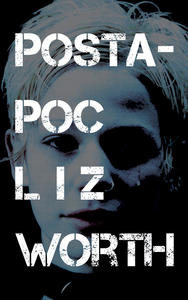 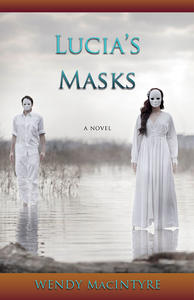 A Description of the Blazing World

November 23, 2015
Quoted: Something a Little Different