Murder in the Monashees

RCMP Corporal Paul Blakemore is jolted from his mundane policing duties in the small Monashee Mountain village of Bear Creek by the discovery of a frozen corpse on a snowy slope just outside of town. There are no signs indicating how the body got thereno footprints or drag ... Read more

When Jane’s partner goes missing she needs to find out if he’s in danger while also contending with the politics of a large international film festival: Hollywood power brokers, Russian oil speculators, Chinese propagandists, and a board chair who seemingly has it out ... Read more

2017 International Thriller Writers Award — Shortlisted, Best Paperback Original Novel
Phillip Scarnum must employ his cunning and seamanship to stay alive and out of prison in this fast-paced, gritty thriller. 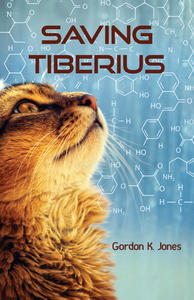 Morgan Watson has a problem. When word leaked that his cat, Tiberius, miraculously cured itself of diabetes and may hold the key to a cure, he is attacked in his home and almost killed in a bloody fight. Paula Rogers, a strong-willed dedicated police officer, has put herself ... Read more

After a series of assassinations rocks Calgary's underworld, Detective Lane is conscripted along with his husband Arthur into working undercover to seek out links in the Mexico - Canada drug connection and stop the violence.

As tensions mount back in Canada and outright war ... Read more

Arthur Beauchamp moves to Ottawa, and all hell breaks loose

Arthur Beauchamp has followed his wife, the leader and first elected member of the Green Party, to Ottawa. But he hates it there: the cold, the politics, the apartment, his place in his wife’s shadow. So when a diplomatic ... Read more

As winter closes in and the roads snow over in Dawson City, Yukon, newly arrived journalist Jo Silver investigates the dubious suicide of a local politician and quickly ... Read more

Award–winning novelist William Deverell is back with a new Arthur Beauchamp legal thriller.

Lawyer Arthur Beauchamp is facing the most explosive trial of his career: the defence of seven boisterous environmentalists accused of sabotaging an Ontario plant that pumps out a ... Read more