Jessica Westhead's short stories have appeared in major literary magazines including Hazlitt, Five Dials, Room, Maisonneuve, Matrix, Geist, The New Quarterly, and Indiana Review. Her fiction has been shortlisted for the CBC Literary Awards, selected for a Journey Prize anthology, and nominated for a National Magazine Award. Her chapbook Those Girls was published by Greenboathouse Books in 2006. Her novel Pulpy & Midge, published by Coach House Books in 2007, was nominated for a ReLit Award. Her critically acclaimed short story collection And Also Sharks, published by Cormorant Books in 2011, was a Globe and Mail Top 100 Book, a nominee for the CBC Bookie Awards and a ReLit Award, one of Kobo's Best Ebooks of 2011, and a finalist for the Danuta Gleed Short Fiction Prize. CBC Books has called her one of the "10 Canadian women writers you need to read now." Jessica lives in Toronto with her husband and daughter. 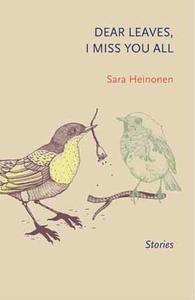 First Fiction Fridays: Dear Leaves, I Miss You All by Sara Heinonen

Sara Heinonen's first book of stories is populated with characters forced to confront unusual circumstances and hostile environments. When disappointment or disaster loom, they look to nature for solace, but sometimes nature itself is the threat. This is fiction that is fascinated ... Read more 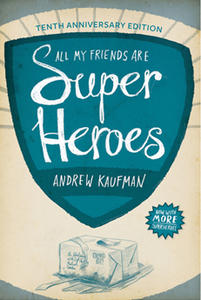 Under the Cover: Wedding Bells & Books, a match made in superhero heaven!

In celebration of the tenth anniversary of Andrew Kaufman's All My Friends Are Superheroes, Coach House Books publicist Evan Munday shares with All Lit Up a sweet story of how this book became a big part of a very big day for two couples.