Randy Nikkel Schroeder grew up Mennonite in Alberta’s deep south. As a young man he fled for the High Arctic and, psychologically, never came back. He currently lives with his family in Calgary, where he snowshoes in the woods, watches birds, and plays guitar and mandolin for his band, Uncle Zugg. In his spare time, he is Professor of English, Cultures, and Languages at Mount Royal University. 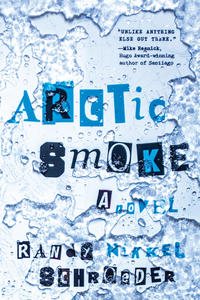