Originally from Geraldton, Ontario, Bryan Ratushniak moved to Toronto as a young man to become a firefighter. He was promoted to the rank of Firefighter Captain before retiring. He received three letters of commendation for rescues made on the job. As a firefighter, he started competing as a bodybuilder winning Canadian Drug Free Athlete of the Year 2004 and Natural Mr. Canada 2005. He was October for the 1999 Toronto Firefighters Calendar, published in support of the Princess Margaret Hospital. Since retiring has worked in the film industry as a screenwriter and producer. He has two adult sons and lives in Toronto with his wife and dog. 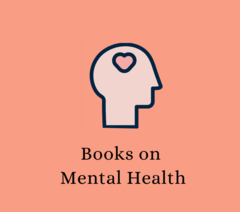 May might be Mental Health Awareness month, but self care doesn't recognize a calendar. For those who struggle, and even for those just looking to better understand the challenges of those who do, we've put together a roundup of titles that tackle mental health from a range ... Read more