Scott Randall has previously published two short story collections: Last Chance to Renew and Character Actor. The title story from Last Chance to Renew was broadcast on CBC Radio's Between the Covers, and Character Actor was shortlisted for the fiction category of the Ottawa Book Award. He has been twice nominated for the Journey Prize, and his fiction has appeared in numerous literary journals such as The Antigonish Review, Event Magazine, The Malahat Review, The Dalhousie Review, and The New Quarterly. He has taught Literature and Writing at Seneca College, York University, Concordia University, and Algonquin College. He currently lives in Ottawa with his wife and daughter. 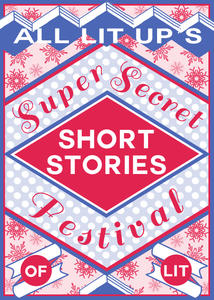 It's Day Four of our  Super Secret Festival of Lit mystery title reveals! Our short story pick is a debut collection that covers the fundamentals of relationships of all kinds – love, work, family, sex – with a wisdom and insight that will hit readers in the feels. ... Read more