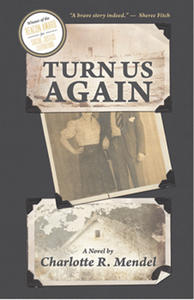 Turn Us Again is a complex, engrossing novel. Winner of the 2012 Beacon Award for Social Justice Literature and based on a true story, Turn Us Again is told from the perspective of the protagonist, Gabriel, in the present-day and his mother in post-World War II England. At its ... Read more