Matsuki Masutani is a poet and translator living on Denman Island. He moved from Tokyo to Vancouver in 1976. Ten years later he moved to Denman Island, where he eventually began writing poems in English and Japanese. He has translated Canadian works such as Roy Kiyooka's Mothertalk, Hiromi Goto's Chorus of Mushrooms, and from Japanese into English, Kishizo Kimura's memoir, Witness to Loss, published by McGill-Queen’s University Press in 2017. His poems have appeared in Geist magazine, Capilano Review and in the anthology Love of the Salish Sea Islands 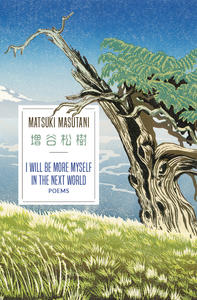 Two Poems: I will be more myself in the next world

Matsuki Masutani's debut book of poetry is a minimalist bounty of gentle insight and quiet humour:  I will be more myself in the next world (Mother Tongue Publishing) reflects on aging, marriage, family, dreams, the poet's Japanese roots, self-acceptance, and effects of ... Read more