J.R. Léveillé has published over thirty books (novels, poetry, essays). He has a master's degree in French literature and worked as a journalist and producer at Radio-Canada until 2006. Léveillé has directed portraits of authors for television, as well as special issues of literary journals. He was the long-time director of Les Éditions du Blé and served as secretary of the Winnipeg International Writers Festival. His work has garnered numerous recognitions, foremost Manitoba's Arts Award of Distinction. In 2009, he was writer and lecturer in residence at the Université de Rennes, France. 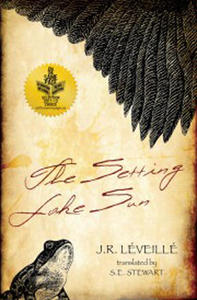