Maureen Jennings was born in the UK and now lives in Toronto. Best known for the Detective Murdoch books, which have been adapted into the long-running television series, Murdoch Mysteries; she is also the author of the Tom Tylerand Christine Morris books. Her books have been translated into other languages, including Polish, Korean, French, German, Italian, and Czech. Murdoch Mysteries has been aired in many countries, including the UK, the US, Poland, Hungary, Romania, Czech, Slovakia, Slovenia, Croatia, Serbia, Bulgaria, Greece, Ukraine, and the Baltics.Jennings was awarded a Certificate of Commendation from Heritage Toronto in 1998 and the Grant Allen Award for ongoing contribution to the genre in 2011. She has received a total of eight nominations from the Crime Writers of Canada, for best novel and best short story of the year.Jennings lives in Toronto with her husband, photographer Iden Ford, and her dog, Murdoch. 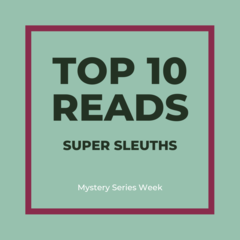