Lennie Goodings is Chair of the UK publishing house Virago Press. Her authors include, amongst many others, Margaret Atwood, Maya Angelou, Sarah Waters, Natasha Walter, Sandi Toksvig and Marilynne Robinson. Goodings was part of Virago's management buy-out team of five who created a newly independent Virago in 1987 and became the Publishing Director in 1992. In 1995 Virago was sold to Little, Brown where Goodings remained the Publisher and Editorial Director. She stepped back from that position in 2017 and became Virago Chair, still editing and commissioning her authors. Lennie Goodings won the Bookseller's Industry Award: Editor and Imprint of the Year in 2010 and A Lifetime's Achievement at WOW, London's Southbank Women of the World festival in 2018. Born in Canada, she came to London in her early twenties and has remained there since. 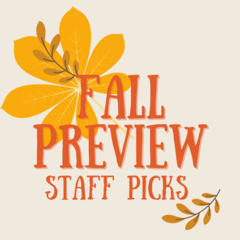