Andrew Coppolino is a Kitchener-based writer and broadcaster and is food columnist with the Kitchener Post and CBC Radio in Waterloo Region. He is a past instructor at the Stratford Chefs School and a former restaurant reviewer for the Waterloo Region Record. He holds a Master's degree in English literature from the University of Waterloo. Coppolino is co-author of Cooking with Shakespeare and has published in newspapers and magazines across Canada, and in the United States and England. Following a stint as an apprentice chef at 20 King Restaurant in Kitchener, Coppolino chose to work with food from the other side of the kitchen pass. As a food writer, he has been dedicated to promoting and nurturing culinary businesses and advocating for the chefs and restaurants in Waterloo Region and the nearby cities of Guelph and Stratford. As a de facto ambassador for local food, he believes a strong food landscape requires imaginative and technically proficient cooks, creative and forward-looking restaurants, and consumers who are knowledgeable about the art, craft , and economics of the industry. When he isn't writing about food, Coppolino is very likely eating it. 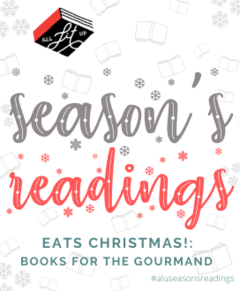 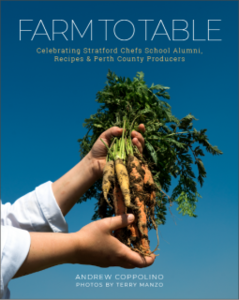