Lauralyn Chow was born, raised, and educated in Edmonton, Alberta. Her first summer job was at a radio station and she later worked as the first in-house lawyer for the Calgary Board of Education (the public school board). She has a B.A. in Psychology, minoring in Sociology, and an LL.B. from the University of Alberta. When she visits Hawaii, which she does frequently, she is often mistaken for a local and once won an air ukulele contest during the Aloha Festivals. She currently resides in Calgary, Alberta. 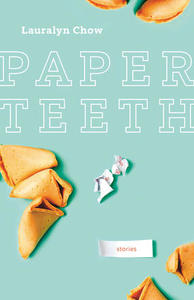 Lauralyn Chow's debut, an interconnected collection of short stories, follows the Lee family from the 1960s to the present day – a journey of intergenerational gatherings, laughter, and unbelievable food. In fact, each story's title named after a Chinese food menu. Hungry ... Read more