Brian Calliou has been the Program Director of The Banff Centre’s Indigenous Leadership and Management since August 2003. His work has appeared in various academic journals and books including Indigenous Peoples and the Modern State and Power and Resistance: Critical Thinking about Canadian Issues. His research interests include Aboriginal leadership, self-government, economic development, Aboriginal and treaty rights. 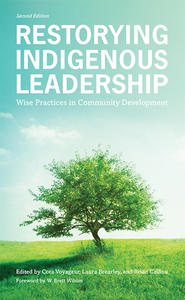