Born in Jerusalem, Issa J. Boullata taught Arabic studies at Hartford Seminary, Connecticut, and later Arabic literature, Modern Arab Thought, and Qur’anic Studies at McGill University’s Institute of Islamic Studies. The author of several books on Arabic literature and on the Qur’an, he is a noted translator of Arabic literature and a contributing editor of Banipal magazine. His memoir, The Bells of Memory: A Palestinian Boyhood in Jerusalem (Linda Leith Publishing, 2014), was shortlisted for the Quebec Writers’ Federation Mavis Gallant Prize. He lives in Montreal. 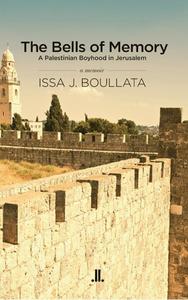 It was a nail-biting first day of book debating on Canada Reads. After introducing each title, the brave panelists were asked to select the book they felt was least likely to "break barriers", the theme to this year's debate. It was difficult for them to choose but ultimately ... Read more